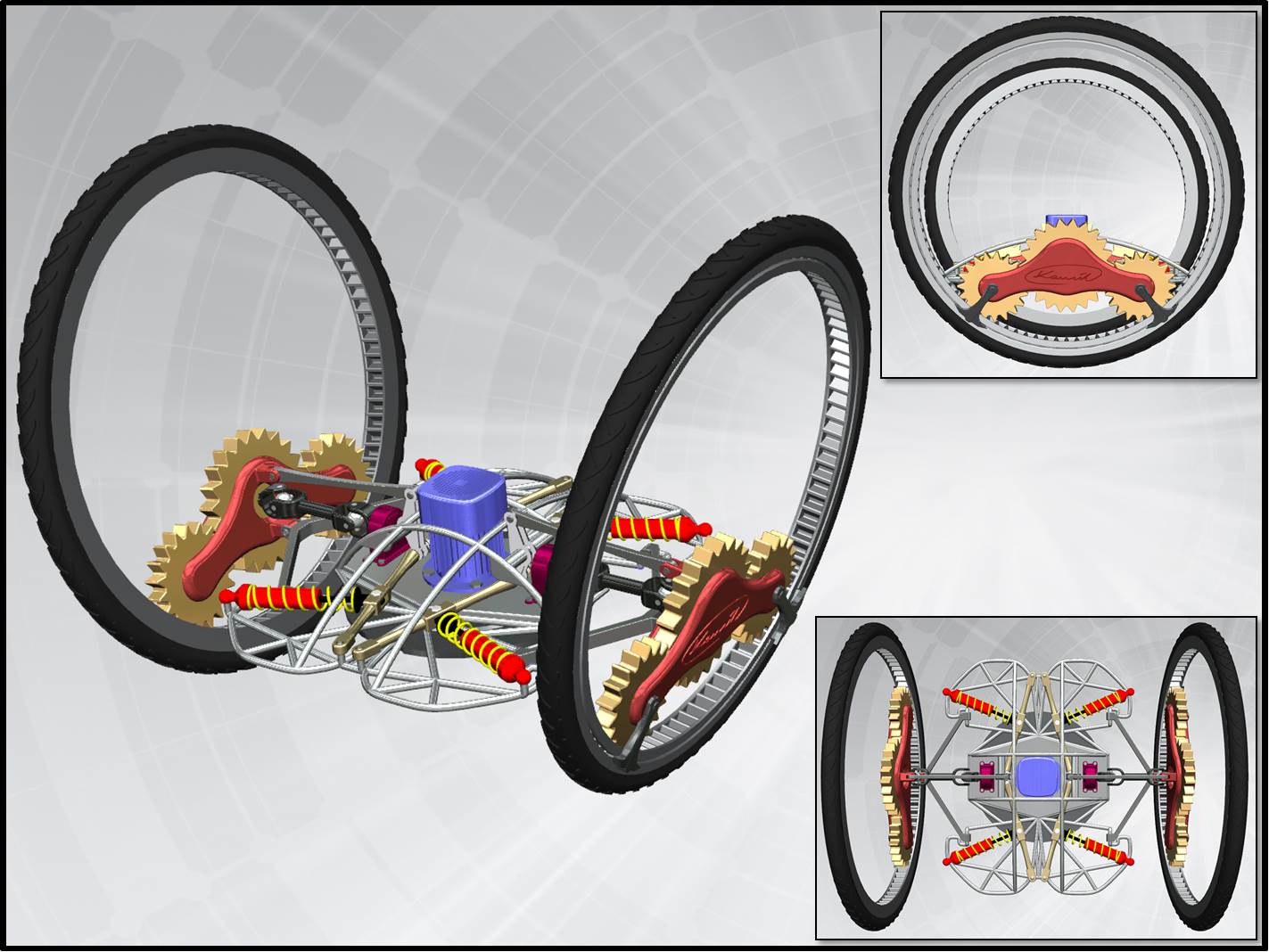 The iconic movie Star Wars impacted cultures globally, long after its release. But for Kamil Jankowski, the classic movie’s influence surpassed the acquisition of such key phrases as “may the force be with you.”

Kamil saw the two wheeler device in Episode II: Attack of the Clones and sought to engineer his own two wheel mobile robot. His impressive design used a mechanical gyroscope (a free-wheeling disk, able to rotate in any orientation) to stabilize itself instead of traditional software. This impressive engineering design won him a 1st place slot in the monthly Siemens PLM Software Student Design Contest!

He originally created the winning design for his Master’s thesis; Kamil studies Mechatronics at AGH of Science and Technology in Poland. Soon after devising the design however, he had to abandon it in favor of another project. “I dropped my own design, but I didn’t want it to ‘stay in the drawer,’ that is why I decided to show it,” says Kamil. Despite his ongoing intensive Masters program, Kamil did not let his inspiration diminish.

To win the award Kamil had to overcome many design challenges. He struggled to “design it as flat as possible, to keep the center of the mass below the center of wheels” In order to accomplish this task, Kamil had to redesign the suspension, and constantly be aware of the size of the electric motor and flywheel. For his design to work, everything had to fit together seamlessly.

Keeping all of these components in the back of his mind, Kamil also had to consider manufacturaility and serviceability. “Even in the design phase you have to remember manufacturability— leave space for some drafts or mounting features. I also learned about serviceability because the final product has to be easy to use and repair,” states Kamil.

Luckily Kamil had acces to NX software at his university (provided through the Siemens PLM Academic Program)which aided his process. “I was very happy to use [NX]. It is easy to understand, and while working with it you discover other tools and develop your skills very quickly,” Kamil says.

Congratulations to Kamil for his phenomenal work! Perhaps his design will one day become just as iconic as the Star Wars movies themselves.

Three World-Class Student Competition Teams Share Their… March 21, 2022 Due to the pandemic, it's been very difficult for teams around the world to retain knowledge and to pass on…
EcoCAR Student Teams Excel in Competition – Top 3 Winners… July 8, 2021 Siemens congratulates all students who participated in Year 3 of the EcoCAR Mobility Challenge. EcoCAR, a four-year automotive student design competition, brings together student teams from 11…
Michigan Baja Racing: Triumphant in Unprecedented Times June 15, 2021 Baja SAE competitions give teams of university students the opportunity to showcase engineering design and fabrication skills by building an off-road vehicle. The vehicles, which share many characteristics with dune buggies, must…

This article first appeared on the Siemens Digital Industries Software blog at https://blogs.sw.siemens.com/academic/star-wars-inspires-student-design-contest-win/