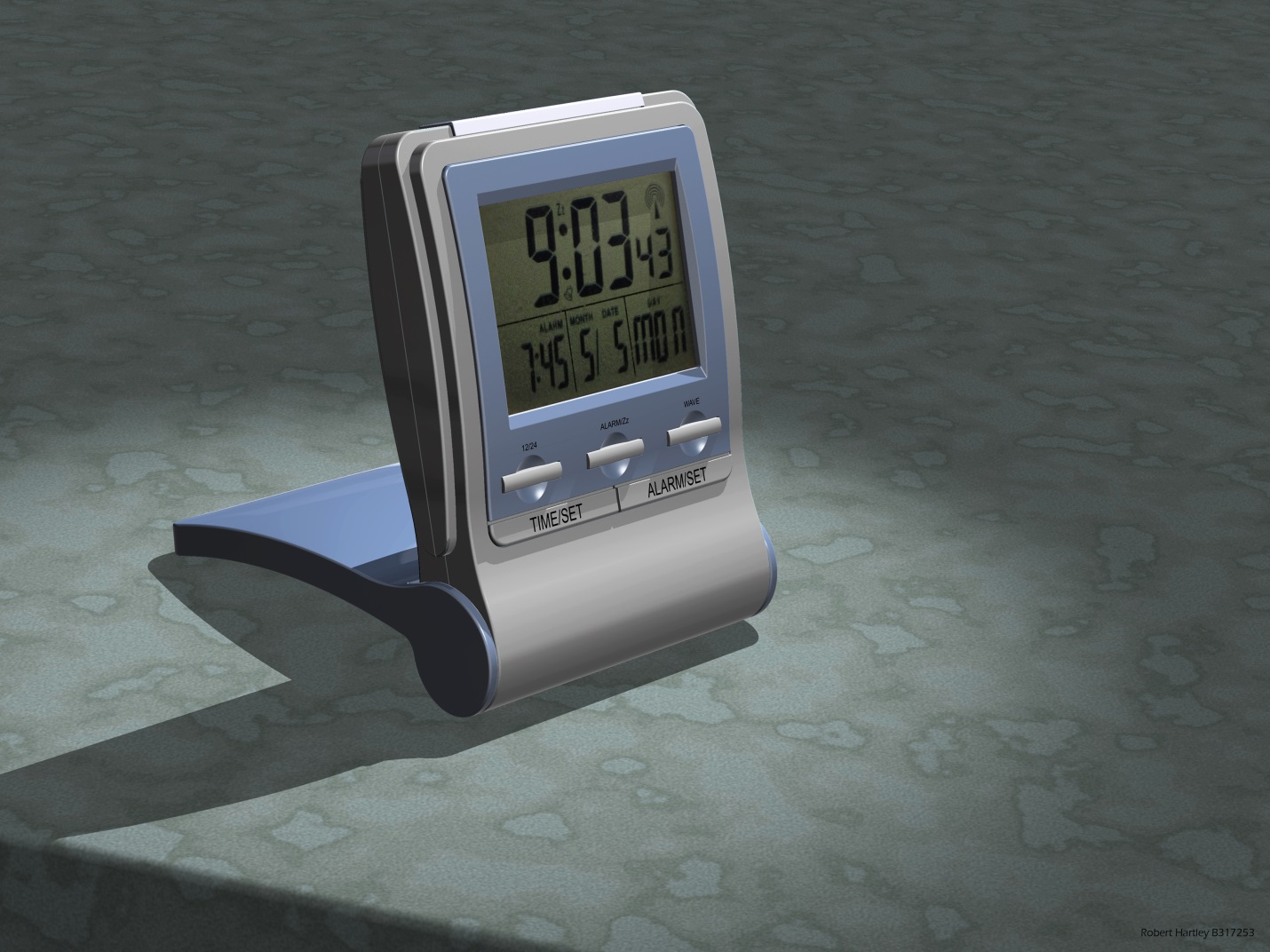 As a part of his Product Design and Visualization module at the university, Robert had to model and visualize a product that could fit inside a shoe box. He chose to work on a freeform standing clock because of its unique form and detail. His final design was picked to be the winner in Siemens PLM Software monthly Student Design Contest Award for February 2015.

Robert used NX software to complete his product visualization with flying colors – literally. “Creating the right material colours, textures and lighting effects for the visualisation took time,” Robert says. The detail in the buttons was particularly challenging to pull off, and required a lot dedication outside of class to complete. But Robert sites NX’s easy and intuitive interface as imperative to his work. He states that he even “use[s] NX instead of paper and a pencil, as it is far easier to get across an idea through a 3D model than a drawing.”

Through working on this project Robert learned how to render and visualize in NX, but also gained expertise in modeling. “Learning how to freeform model has been especially useful in projects following this visualization,” Robert says, “Having knowledge in NX has helped me to secure an Industrial Placement next year.”

Loughborough University have recently incorporated Learning Advantage into their curriclum (an e-learning portal where students & educators can access over 1,000 NX, Teamcenter & Tecnomatix courses & assessments). Robert remarked thatLearning Advantage was “very helpful” when he first started out using NX and “the step-by-step teaching of a process can be used alongside our own modeling processes, or as part of coursework.”

Robert design an excellent clock and even freeform modeled the stand. His incredible expertise in the course led to his contest win. We hope to see more of Robert’s visualization in the future— whether it be a clock, painting, beam, or car design, we’re sure Robert can accomplish anything!

This article first appeared on the Siemens Digital Industries Software blog at https://blogs.sw.siemens.com/academic/knowledge-in-nx-helps-student-gain-industrial-placement/