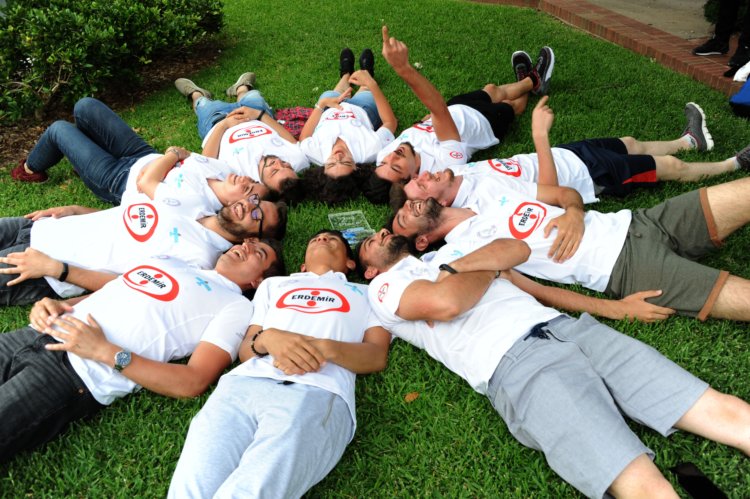 stationed at Tarleton State University, with 40 college and university teams from around the world competing for the top spot. Pre-launch day.Although similar competitions exist for other fields of engineering (robots, radio-control airplanes, racing cars, etc.) most space related competitions are paper design competitions. While these are worthwhile, they do not give students the satisfaction of being involved with the end-to-end life cycle of a complex engineering project, from conceptual design, through integration and test, actual operation of the system and concluding with a post mission summary and debrief. The CanSAT competition fulfills that need!

Tarleton State hosted the competition for the third time in a row, where more than 100 teams applied but only the top 40 were chosen for the final rocket launch round after the preliminary design review phase.

Teams traveled from all over the United States as well as Brazil, Canada, Costa Rica, the UK, Greece, India, Indonesia, Iran, Korea, Mexico, Poland, and Turkey. This year’s mission explored the use of auto-gyro descent control of a science payload when released from the launch vehicle. The CanSAT itself included two parts- the science payload and the container to protect the payload as it is deployed from the rocket. Using auto-gyro descent control, the precious payload can land itself with the control of an unpowered helicopter-like rotor to develop a lift off the ground. Inspection on Launch DayTeams are required to design and build their own CanSAT that can be launched to an altitude ranging from 670 to 725 meters above the launch site and deploy its payload at peak altitude, as well as protect the payload from damage.

The competition requires teams to work on a complex engineering project, allowing them to experience a typical aerospace program, from initial design to a post-mission debriefing. It forces students to work together as a team rather than as individuals, creating invaluable skills they will someday need in the workforce.

In addition to Tarleton State and AAS, this year’s CanSAT competition is sponsored by Siemens. Promoting Solid Edge to students, it was very beneficial to be able to communicate with international student teams.As an international company, Siemens has the capability to reach people across the world and this competition helped emphasize that advantage. Since Solid Edge is available for teams to utilize when building and simulating their own CanSAT rocket, teams were able to climb higher in the competition. A winning team from Turkey reveling in their award.Siemens is proud to sponsor this truly unique competition that brings together so many student teams from all over the world. To learn more about upcoming CanSAT competitions and missions visit the CanSAT website.

This article first appeared on the Siemens Digital Industries Software blog at https://blogs.sw.siemens.com/academic/international-cansat-rocket-competition-launched-june-14-16/