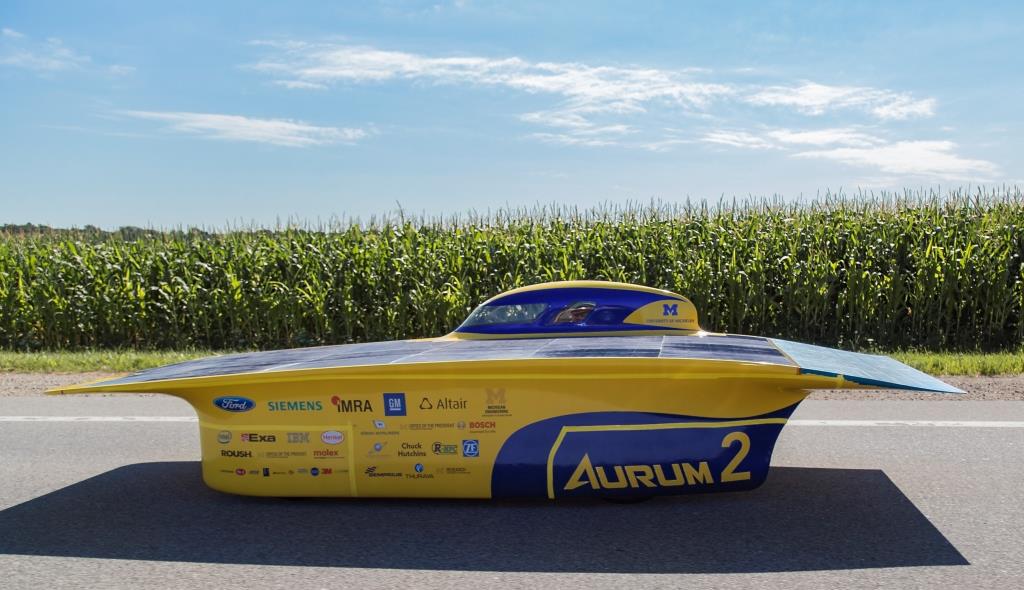 National championships, top-three world finish, international championships – these are labels for the University of Michigan Solar Car Team. Celebrating its 25th anniversary, the team is heading to Australia for the 2015 Bridgestone World Solar Challenge in October.

The entirely student-run solar car team embarked on its sustainable engineering journey with Sunrunner, the team’s first solar vehicle. The team competed in Sunrayce, the first collegiate American Solar Challenge to design, build, test and race solar vehicles. After finishing first in Sunrayce, the team competed and won third place in the 1990 World Solar Challenge in Australia. The reliability of Sunrunner was a primary reason for winning the race. Contributing to the success was Andy Swiecki, a member of the mechanical engineering team that ensured the vehicle’s reliability.

Swiecki, senior director of partner strategy at Siemens PLM Software and alumnus of University of Michigan, was one of the core members of that first Solar Car team. As a mechanical engineering student fascinated by alternative fuel vehicle development, Swiecki was actively involved with the car building, testing and racing process. He even devoted the whole semester to work on the car as an independent study project.

The Solar Car project allowed him to translate classroom knowledge into the practical application in engineering. “I was able to actually apply engineering practices to problem solving and decision making,” Swiecki said. “It lets you extend beyond the basics and initial aspects of the classroom to actually solve problems.”

While classroom learning gives students important theoretical grounding, a hands-on project helps students take it to the next level of practice. Participating with the Michigan Solar Car team gave Swiecki a chance to prepare for the professional world.

“You need to understand where the real-world fabrication aspects might conflict with the academic assumptions,” Swiecki said. “The program gave us the problems we needed to solve.”

Siemens PLM Software supports many academic competitions to encourage more hands-on engineering experience. Exposure to professional software and hardware gives these students a competitive advantage coming out of college with the collaboration and management skills at the professional level.

“Some of my closest friends today are people I knew from solar car 25 years ago.”

University of Michigan Solar Car still boasts its tradition of excellence today. The team is gearing up to impress the world once again with its most recent solar car, Aurum, in October. Tune in for more news as the team races in the Outback.

Also check out two other teams in the challenge that use Siemens’ software – Principia College and University of Leuven. Follow the competition live on Facebook and Twitter using #WSC15.

This article first appeared on the Siemens Digital Industries Software blog at https://blogs.sw.siemens.com/academic/how-andy-swieckis-run-with-the-sun-inspired-a-future-in-stem/