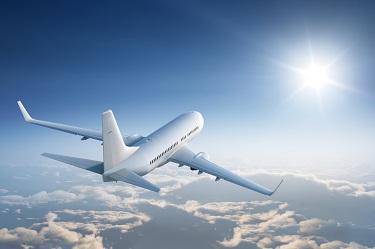 This success is the next step toward a future where electric-powered and autonomous aircraft will deliver goods and transport people. While there are no electric-powered or gas-electric hybrid aircraft in commercial operation yet, emerging technologies are setting the path for this innovative new flying experience.

Along with all the opportunities autonomy holds, aircraft and tech companies must also address the fear passengers have about getting on airplanes without pilots.

6.5 percent: Number of Americans suffering from aviophobia, or fear of flying, according to the National Institute of Mental Health.

25 percent: Number of Americans nervous about flying, according to the National Institute of Mental Health.

Regardless of the fear, there was always the thought that pilots were in control and had the experience and training to take the controls and land the plane safely. Look no further than Captain Sully who famously landed an Airbus A320-214 safely on the Hudson River, a crash in which every passenger safely deplaned.

When surveyed about how comfortable they would be in a fully autonomous aircraft, over 70 percent of the participants indicated they would “very uncomfortable” or “uncomfortable.”

Autonomous aircraft has a long way to go in terms of public perception.

How do you get there?

There are no commercial pilotless flight vehicles or land vehicles yet, but we have augmented systems driving the progression toward autonomy.

There’s a progression likely to occur in transportation with the constant question that needs to be answered: What’s the safer mode of travel?

According to the NHTSA, 94 percent of serious crashes are caused by human error. Adaptive cruise control and park and lane assist are safety features on newer vehicles pushing the trend toward autonomous vehicles closer. Car manufacturers will continue combining sensor technology and GPS systems to identify the risks and predict how effectively a vehicle can travel. Soon, autonomous driving will surpass the perceived safety of a human and the transition will speed up.

Once you think through in terms of cars then you begin to look at it in terms of aircraft.

There are currently pilotless vehicles not flying passengers such as unmanned aerial vehicles, also known as drones, most commonly used in the military systems. They started with surveillance and then could carry munitions. Now they can fly for 40 hours and land on their own.

Once drone technology progresses enough that they can fly autonomously, the next step after military is flying cargo. In this case, it’s another concept where there’s not a human in the loop or physically on the aircraft. Cargo planes flying boxes from point to point will have all the capability it needs to take off and land on its own, at first with some oversight by some supervisory system.

From there the progression naturally leads to carrying people.

Once you get to a level of capability in the control system that, more or less, allows you to predict how the vehicle’s going to behave and show its reliability then eventually that begins to move to a question on personal flight vehicles, such as small aircraft and air taxis.

Pilots spend hundreds of hours in the classroom, the air and inside simulators. All of this leads to one single aspect that seemingly can’t be replicated: experience.

But with simulation and digital twin technology, it can.

Each simulation ran can lead to new insights that make it back into the digital twin ensuring accessibility across departments. The digital twin can help validate the design and indicate the autonomous capabilities of the aircraft.

Currently, there is a lot of physical testing during manufacturing and flight testing to ensure the aircraft behaves in a stable manner. The ability to do simulation earlier on in the development process ultimately leads to a better outcome from a business perspective; digitalization can speed up development and engineering and design teams can assess all the areas of risk anticipated during flight.

As the general public becomes increasingly aware of reliable pilotless aircraft, possibly first as a cargo-hauling vessel, then a means of short-distance transportation, the more likely fear will subside.

In the transition from a human-piloted aircraft to an autonomous one, new methods of training pilots are required so pilots know how to interact with systems that have higher levels of control.

Part of the transition to pilotless, autonomous aircraft will be having enough confidence in the robustness of the system, its ability to deal with false signals and how it handles possible erroneous input.

Most modern aircraft have a semi-autonomous system: Frequently planes take off, spend a large portion of the flight, then land under autopilot, but there is someone there to take over.

At some point in the future, the questions will be, do you need a person actually on the instruments? And does the person add to the safety of the flight more than the system?

The existence of pilotless flight vehicles

In the near term, autonomous aircraft will find its use as a supporting position. Sikorsky, the maker of the Black Hawk helicopter, already has an autonomous prototype with over 50 hours of flight time and they’re aiming to have one in rotation next year. This system isn’t intended to replace the pilot, but rather support them. The pilots can use the freedom to focus on the more challenging dynamics of the mission. Autonomous capabilities would mean reduced crew and more room for supplies and personnel.

Meanwhile, in the Pacific Northwest, Airbus has surpassed over 100 test flights with a completely autonomous air taxi with no crashes or major problems. Matt Deal, head of flight testing said, “There is no pilot either on the ground or in the vehicle. From the very beginning, we were all autonomous.”

Pilotless flight vehicles will appear in many forms, and not exactly what we perceive. The likely progression will go through stages in which it’s used to assist pilots or fly insurable cargo. Passengers vehicles are decades away, and as long as it aligns with the right business model.

As autonomous vehicles and flights prove their capability to handle spurious situations better than humans, then humans will likely embrace this as a trusted mode of transportation.

Sometimes proof is all it takes. Once upon a time, many feared riding in the driverless elevator.

This concludes the first blog in our Future of Flight series.

This article first appeared on the Siemens Digital Industries Software blog at https://blogs.sw.siemens.com/thought-leadership/2019/12/04/will-we-have-autonomous-aircraft-we-already-do/