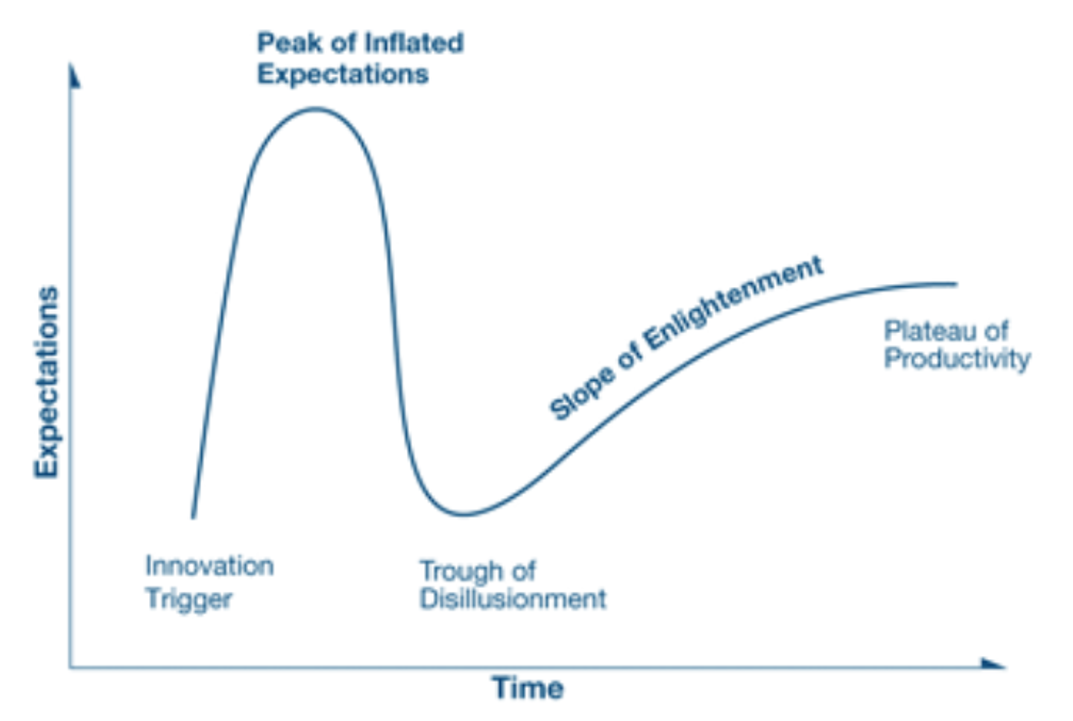 This time, driverless car technology is in an unflattering light.

This incident involved a self-driving car accident in Tempe, Arizona, where a pedestrian was killed when an Uber autonomous car allegedly struck her. Tempe police chief Sylvia Moir stated that preliminary results show Uber will “likely not be at fault in this accident,” but the effects of the crash are already reverberating throughout the auto industry.

Within a few days of the incident, Uber, Toyota and the city of Boston halted autonomous car testing, and it’s unclear when testing will begin again.

What does this self-driving car accident mean for the future of driverless car technology?

When considering the impact this and event others will have on the overall acceptance of autonomous cars, you should consider the hype that surrounds the introduction of any new technology.

According to Gartner’s hype cycle for emerging technologies, autonomous cars and driverless car technology have just passed the “peak of inflated expectation.” and are now entering the “trough of disillusionment,” where negative hype will become more evident.

As a result, we should expect negative coverage to increase in the coming months and years which will in turn slow consumer acceptance of autonomous cars. An overview of the “hype cycle” (image courtesy of Gartner)

During the period of inflated expectations, many have claimed that autonomous cars are ready for large-scale deployment. One expert I interviewed in my previous series about research being done for driverless car technology, MIT research scientist Bryan Reimer, cautioned against these inflated expectations. In an interview following this self-driving car accident in Arizona, he had this to say:

“Until we understand the testing and deployment of these systems further, we need to take our time and work through the evolution of the technology.”

This evolution will take time, and eventually will result in more realistic expectations from both a performance and timing standpoint. But first autonomous cars must overcome the challenge of earning consumers’ trust. An MIT Agelab study recently found that consumers don’t really want self-driving cars because they’re uncomfortable with the loss of control, don’t trust the technology and don’t feel self-driving cars are safe.

The greatest benefits of autonomous cars won’t initially be obvious, because they can only be realized with a fundamental shift in how we live our lives. As autonomous cars enter the trough of disillusionment, there will likely be an overemphasis on their flaws.

But over time, the benefits of driverless car technology such as a lower cost more enjoyable travel experience will become evident, which will help self-driving cars gain the elusive trust of consumers.

This article first appeared on the Siemens Digital Industries Software blog at https://blogs.sw.siemens.com/thought-leadership/2018/03/26/expect-to-see-more-negative-driverless-car-technology-coverage/