How do you count things? The obvious answer is that you start with 1, 2, 3 and carry on from there. Nothing hard about this – most of us can do it with minimal thought. Many of us can do it in multiple languages and be confident in our ability to count indefinitely. But what if you are counting something under circumstances when you might be interrupted? Then, of course, you need to keep a tally. If you have the means to write it down, a common method is make a stroke for each count and, when you have 4, put a line through them for the fifth.

If you have no means of writing, the obvious answer is to count on your fingers. However, this has its limitations. Using both hands, you can only count up to 10. If you had very agile toes, I guess you could push this limit up to 20. Wouldn’t it be useful if it were possible to count to much higher numbers using just our fingers …

With a bit of creativity, it is easy to count to much greater numbers using our fingers. A good example of a useful system is one used by sheep farmers in the North of England for at least 1000 years up until the early 20th Century. It is commonly called “Yan tan tethera” after the names of the first three numbers. They used the fingers of one hand: the index finger and thumb each representing 0 when retracted, 1 when crooked and 2 when straight out; the other three fingers each represent 5 when straight. This gives the means to count up to 19. The next count, 20 [a “score”], was noted by a notch on their crook and they started over. There is the possibility that the other hand was used to count the scores, thus giving a total capacity to count up to 399 on the fingers of two hands. 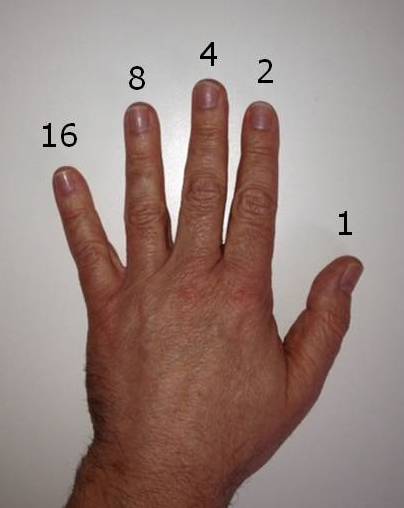 Binary counting on fingers is quite easy, as a finger simply needs to be extended or retracted. If the shepherds’ system were to be used, where the finger can also be crooked/bent, that would facilitate tertiary counting – base 3. One hand could then be used to count up to 242. With both hands, the capacity is 59,048!

Medical Devices MUST Be Secure September 24, 2021  I recently had the opportunity to present in a Webinar focusing on security needs of medical devices along with Patrick…
OFF-TOPIC: Musing on handedness January 28, 2021 I have always be fascinated by the concept of being right- or left-handed. Almost all of us have this asymmetry…
Security of Medical Devices – A Changing Regulatory… March 2, 2022 Over the past two decades, medical devices have been increasingly likely to be connected to the outside world using Wi-Fi,…

This article first appeared on the Siemens Digital Industries Software blog at https://blogs.sw.siemens.com/embedded-software/2013/03/14/counting-on-your-fingers/