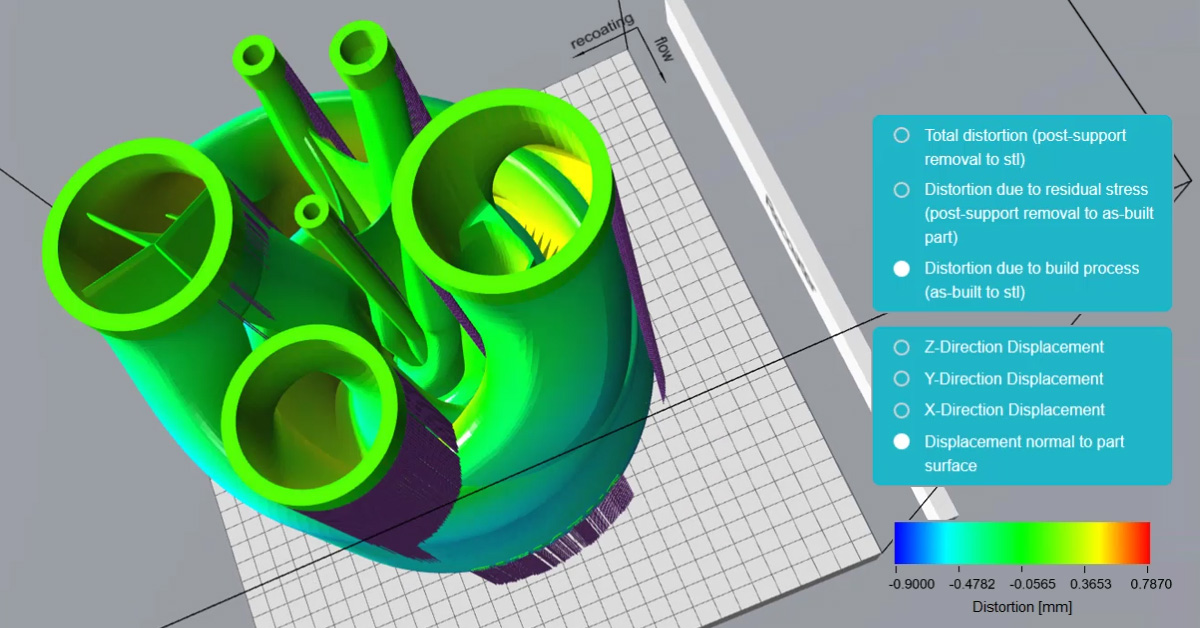 The AM Build Optimizer allows you to optimize part orientation for printing.

People often look for silver bullets when trying to solve a problem.  The term, of course, comes from the slaying of mythical creatures with a special item or substance.  In the case of werewolves, the item for sending them to their “eternal rest” is a silver bullet.  In everyday speak, a “silver bullet” is a one-shot answer to a complex problem.  Which brings to mind the question “Is there a silver bullet for solving AM print problems?”  That’s where our AM Build Optimizer comes in.

The only way to handle such a workload is through parallel processing and the AM Build Optimizer uses the cloud to parallel process the multitude of orientation possibilities, examining each possibility to find the result with the minimal distortion.  This takes a task that normally would take a person months and brings a result in a matter of hours or minutes.

Let’s be honest, there is no such thing as a “silver bullet” for any problem.  However, by utilizing the power of parallel processing in the cloud, we can take a very difficult problem and generate an optimal answer in a matter of minutes.  The AM Build Optimizer is about as close to a silver bullet for fixing print problems as there is likely to be.

You can sign up for a free trial of the AM Build Optimizer here.

About the writer:
Aaron Frankel is Vice President of Siemens’ additive manufacturing software program. He has over 20 years of experience in the PLM software industry and has held various positions in engineering services, product management, and marketing – all focused on helping manufacturers take advantage of the latest digital design and manufacturing technology.

Maximize Additive Manufacturing with the Cloud-Based AM… December 7, 2020 Additive manufacturing is opening new doors to more individual designs and a lot-size of one production.
Webinar: Attaining the Additive Advantage March 21, 2022 Join Siemens Digital Industries Software for a webinar discussing how companies can begin adopting additive manufacturing with low-risk applications.
The Siemens Vision for Convergent Modeling – Proof Point:… December 9, 2021 You may have recently seen that our partner, Materialise, announced that they will be adopting Siemens’ Parasolid modeling kernel in…

This article first appeared on the Siemens Digital Industries Software blog at https://blogs.sw.siemens.com/additive/aa-e7/