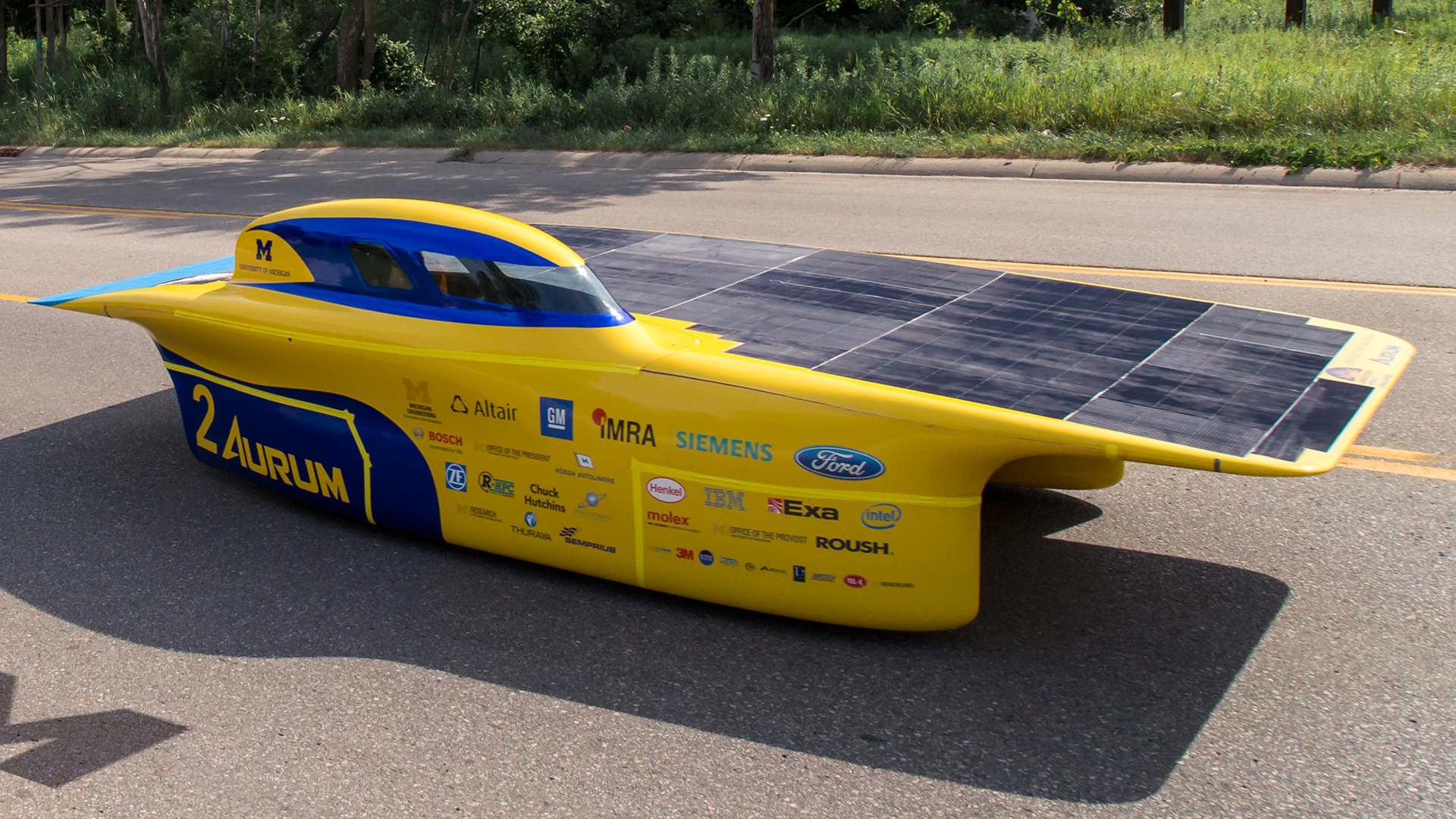 In less than a month, the University of Michigan will race a newly designed and uniquely built solar car nearly 1,900 miles across the Australian Outback. The new car, named Aurum, was designed, built and tested with Siemens PLM Software. The Michigan Solar Car team is confident that Aurum will be the car that finally carries them to a first place finish in the World Solar Challenge. Michigan has notched four third-place finishes, but never won the prestigious international race over its chief rivals, Nuon from the Netherlands and Tokai from Japan.

Michigan designed their previous car with NX CAD, but for the latest vehicle, they made more extensive use of NX CAE and NX CAM. “Everything mechanical in the car gets analyzed with NX CAE,” said Josh Agby, the team’s mechanical lead. “This includes the main systems of the car—the front suspension, rear suspension, brakes and steering.” Pavan Naik, the overall project leader for the Michigan Solar Car team, explained that the value of NX CAM went beyond simply defining machining instructions. “We’ve been using NX CAM more than we did two years ago,” he said. “We want to visualize how our parts are being machined out before we send it out to our sponsors for milling.”

As important as NX has been to the development of Aurum, Teamcenter has been a game changer in streamlining the entire process. “In year’s past, we had a difficult time managing which files we were working on and integrating them from all the different divisions,” said engineering manager Arnold Kadiu. “That has changed drastically this year. Using Teamcenter, we’ve been able to combine all our files together in a single concise model.”

Using Siemens PLM Software, the team has dramatically accelerated its development process, giving them more time for on-the-road testing. They’ve been in the Outback for nearly a month already, getting the car and its drivers acclimated to the harsh weather conditions they’ll face during the race on October 18-22. Project leader Pavan Naik is confident that the team is ready to surprise the favorites this year. “We’ve designed an awesome car,” he said. “It’s reliable. It’s fast. We’ve tested it. We’ve got a great team. We’ve tested them. I know we can win. It’s just a matter of executing.”

This article first appeared on the Siemens Digital Industries Software blog at https://blogs.sw.siemens.com/academic/road-to-australia-making-the-2015-michigan-solar-car/