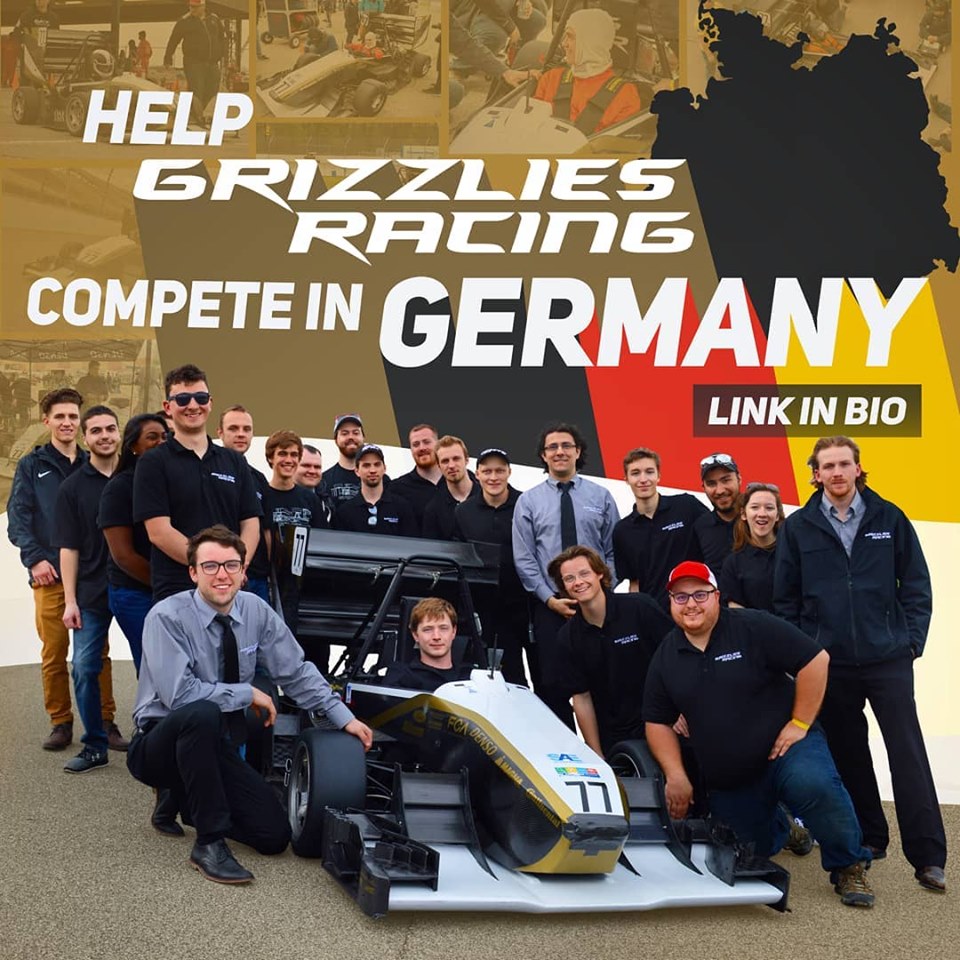 Grizzlies Racing Team at LTU FSAE.The Oakland University Grizzlies Racing Team, a Siemens academic partner since 2011, has been building race cars for decades. While many people can only dream about racing, these students are taking it to the next level. Grizzlies Racing is a student run organization that builds cars and races them for the Formula SAE series. They had been racing with SAE for decades, and in the mid 90’s, the chapter switched to the Formula SAE Competition. 2003 was the first of many years with great success, when the Grizzlies placed 13th out of 130 teams and set the FSAE record for most improvement from year to year. Their success continues to this day.

For the Formula SAE competition, teams built a formula-style race car running an engine with a maximum displacement of 750 cc. The vehicle starts with a student design that follows strict competition guidelines, encouraging students to be innovative and develop new ways to beat competitors. To level up, the Grizzlies have reinvented design and execution with their new car, GRX8. Tech Inspection.This new ground up design features improvements to the chassis, suspension, aerodynamics, and electrical systems of this powerful Honda 4 cylinder engine. The car is controlled by a sophisticated custom designed CAN Bus electronic system, which allows the vehicle’s microcontrollers and devices to communicate with one another without a host computer. The aerodynamics have also been massively redesigned using extensive computer simulations, run on Siemens PLM Software. Using Mindsphere, Teamcenter, and Plant Simulation, the team is able to employ rigorous PLM practices throughout their competition cycle. These tools help the team build better cars and anticipate problems before they happen.

Professor Robert P. Van Til in the Industrial and Systems Engineering Department at Oakland, along with students on the Grizzlies Racing team, attended Realize Live this past June 2019. Watch the video below of him and his students speaking to their past work and their involvement with Siemen’s PLM Software. Catching speed on the FSAE track.Grizzlies racing competes at FSAE Lincoln in Lincoln, Nebraska and at FSAE Michigan at Michigan International Speedway in Brooklyn, Michigan. The Michigan event is the more intense of the two, as it attracts high level engineering companies like SpaceX and NASCAR teams. To read about either of these competitions, click here.

Grizzlies Racing is also currently fundraising to reach their goal of $10,000 to be able to compete in the Formula SAE Germany Competition. They are currently testing their next car, GRX9, to race in the competition. Watch this video to see their progress and consider supporting the team in their future victories. Help the Grizzlies race in Germany.

This article first appeared on the Siemens Digital Industries Software blog at https://blogs.sw.siemens.com/academic/oakland-university-grizzlies-racing-uses-practical-engineering-to-race-to-victory/