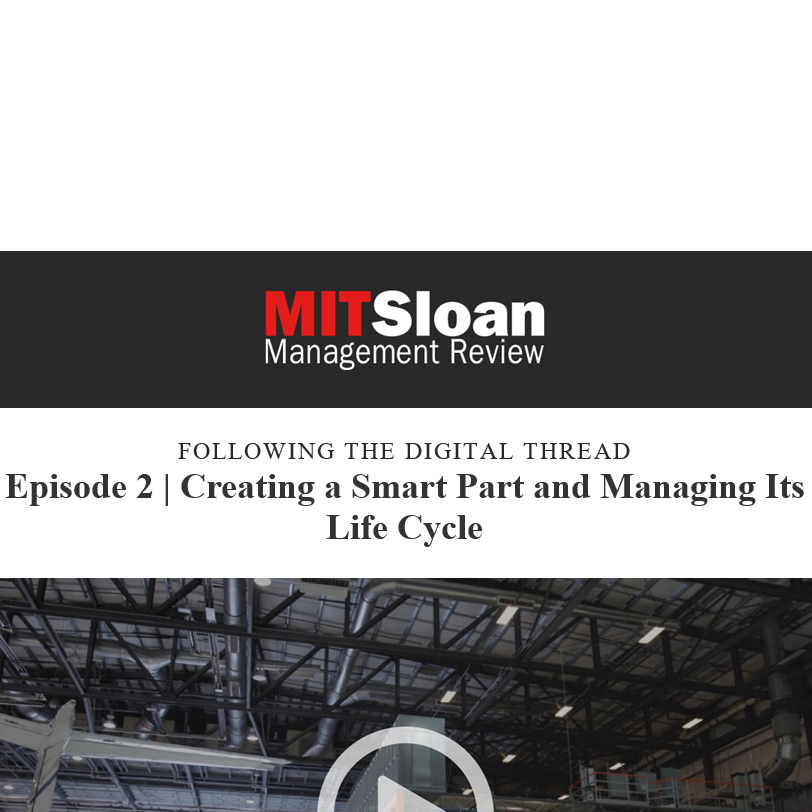 While the digital thread can have operational implications that cross the enterprise, it begins with the design of a product. In this episode, we use the example of a bell crank, a critical component that enables the opening and closing of the nose gear doors on an aircraft, to learn about component scanning and design.

Mark and the team investigate how component design has evolved from the era of “Mylar prints, French curves, and slide rules,” to include the ability to digitally scan an existing part, or to design one using computer-aided design (CAD) software (or some combination of both). Regardless of the approach, this is how a part originates in the digital thread.

But the digital thread is about more than simple design. It can also accelerate the development process by affording previously unattainable levels of transparency. Using the digital thread, multiple individuals can review the same design at the same time. Product data management tools, serving as the backbone of the digital thread, can provide greater certainty that no one is looking at an old or outdated version of a design. The result of simultaneous reviews can be increased speed and better function, as engineers can draw upon the accumulated knowledge of the broader organization. Thus, the digital thread can potentially transform a traditionally staid design process into a more dynamic and collaborative approach.

But how can better design translate into better performance? That’s where topology optimization typically comes in. We’ll learn more about that topic in the next video.

This article first appeared on the Siemens Digital Industries Software blog at https://blogs.sw.siemens.com/academic/following-the-digital-thread-part-2-of-8/