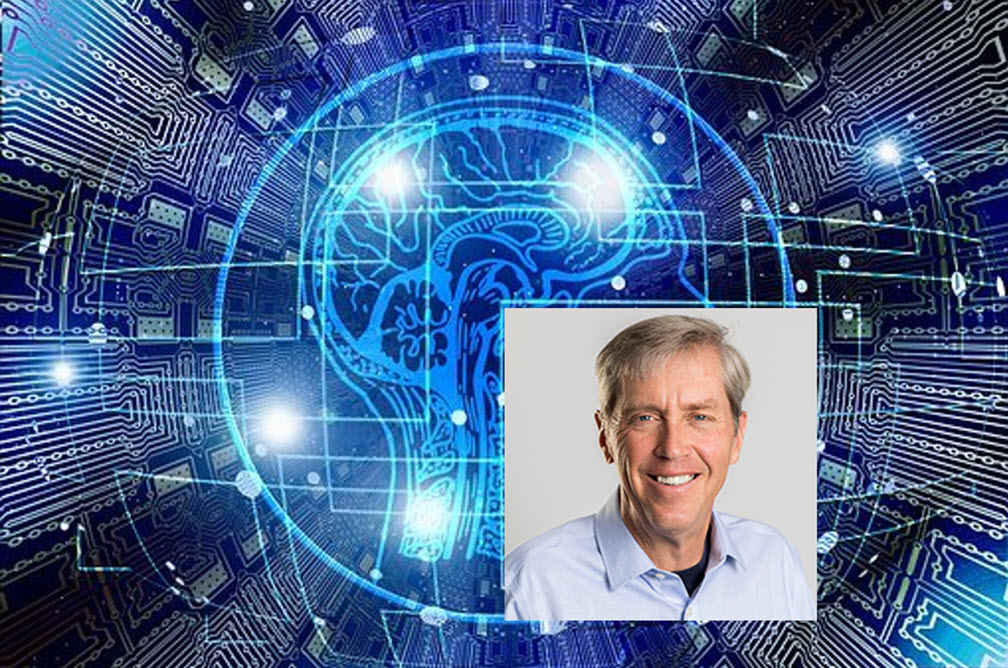 In the 1950’s AI pioneers made great strides inventing concepts and techniques in attempts to create an intelligent machine. Engineers and scientists of today stand on those legend’s shoulders, advancing AI every day. That is a strong foundation. I contend that today we have another legend in the making – Jeff Hawkins. Those of us that have been on this planet for a while, know that Jeff built his reputation by running the company that brought us the Palm Pilot in 1997. The Palm Pilot was a hand-held computer that synched up with your home computer. It allowed you to keep track of contacts and notes and ran special applications. Within a year, one million people had this device. Some say, this was the precursor to the smart phone. The device came with a stylus that allowed you to write notes by hand and the software converted the characters to digital representations.

So what does the Palm Pilot have to do with AI, you might ask? Well, it turns out that Jeff Hawkins began looking at AI to recognize characters that users scrawled on the Palm Pilot screen. He also was interested in AI-driven speech recognition. I don’t think any of those elements found their way into the brief market window of the Palm Pilot. But, it apparently did get Jeff very interested in AI and in particular, how the human brain functions. In 2002 he founded the Redwood Center for Theoretical Neuroscience where he gathered up talented neuroscientists and combed through all the literature he could get his hands on to formulate a theory on how the brain thinks. That effort culminated in his memory-prediction theory of the brain. He published “On Intelligence:  How a New Understanding of the Brain Will Lead to the Creation of Truly Intelligent Machines,” which I read cover-to-cover. The neuron layers and the explanation of memories in that model really seemed to make sense to me.

In 2005 he founded Numenta as a for-profit business that would exploit the theory of his book to make real solutions. Along the way, his team published many research papers until finally in 2021 he published “A Thousand Brains a New Theory of Intelligence,” which creates a framework and a roadmap to implement his brain model in hardware and software. Numenta is a long-term company that takes its time to build solutions based on Jeff’s theories, but they intend to make money on their ideas. This most likely will take the form of licenses to third-party developers.

Jeff Hawkins navigated a carefully planned path to AI. Starting with curiosity, he formed a leading-edge team to study the human brain and formed a theory on how we think. Then, he set up a company to actually implement his ideas in hardware and software. Instead of keeping all that knowledge secret, he shared it with the world via his books and his team’s papers. As an engineer, I respect that. What’s next for Numenta?

I recently attended the MIT Technology Review EmTech seminar: “AI as a Global Disruptor.” I was excited to see Jeff Hawkins kick off the session with a 30 minute interview. Jeff believes that his team knows enough about modeling the human brain that they can build a prototype system, based on the roadmap covered in his recent book. In fact, they have transitioned from a team of neuroscientists to a team of data scientists and engineers. This is the inflection point where theory becomes reality. They have since refined their model to use sparsity to conserve power, as they have determined that most neurons in the model are not active at one time, when solving a problem. And their sophisticated neural model can be stacked to form the layers as defined by the theory. These layers can retain knowledge while learning new things, which has been a limitation in AI learning. They are currently working with hardware companies on new processors to implement their ideas. Numenta is trying to be a catalyst in the AI industry.

The conversation then changed course to talk about more high-level AI topics. Jeff believes that building machines that think is a separate world from today’s deep learning that is applied to targeted solutions like object recognition. Unfortunately, he believes those systems will always be non-intelligent. A new method needs to be developed to create a thinking machine. The pioneers in computing in the 1930’s, defined the computer but they could not build it at that time because the technology was not available. They were confident that the computer would be built in the future. Jeff feels that way about his work.

A question was asked, “Why are we stuck on the idea that AI should be modeled on humans?” Jeff says that no one really wants to build a human brain with all its faults. Most intelligent machines will not be like humans. They will be smart and be able to do their job to help humans solve problems by modeling the world and act on it in clever ways. He believes that intelligent machines don’t evolve on their own and won’t be able to self-replicate. In other words, the Terminator Skynet scenario will not happen.

In closing, Jeff made a great point that guides him on his AI journey, “Why build intelligent systems? To pass on the knowledge of humans to machines. Knowledge makes humans unique, so preserving that in machines will allow us to propagate it around the universe.” He concedes that that sound like science fiction today, but it is a great goal.

Keep an eye on Numenta. I believe they are on an amazing AI path. I highly recommend the two books I mentioned as they present a clear vision for AI. Is Jeff an AI legend? I believe he is on his way, but I leave that determination to you.

This year’s seminar only covered AI for a half day. If you want to see my coverage of last year’s three-day EmTech AI conference, take a look at my blog series that starts here.

This article first appeared on the Siemens Digital Industries Software blog at https://blogs.sw.siemens.com/thought-leadership/2021/09/30/the-next-ai-legend/