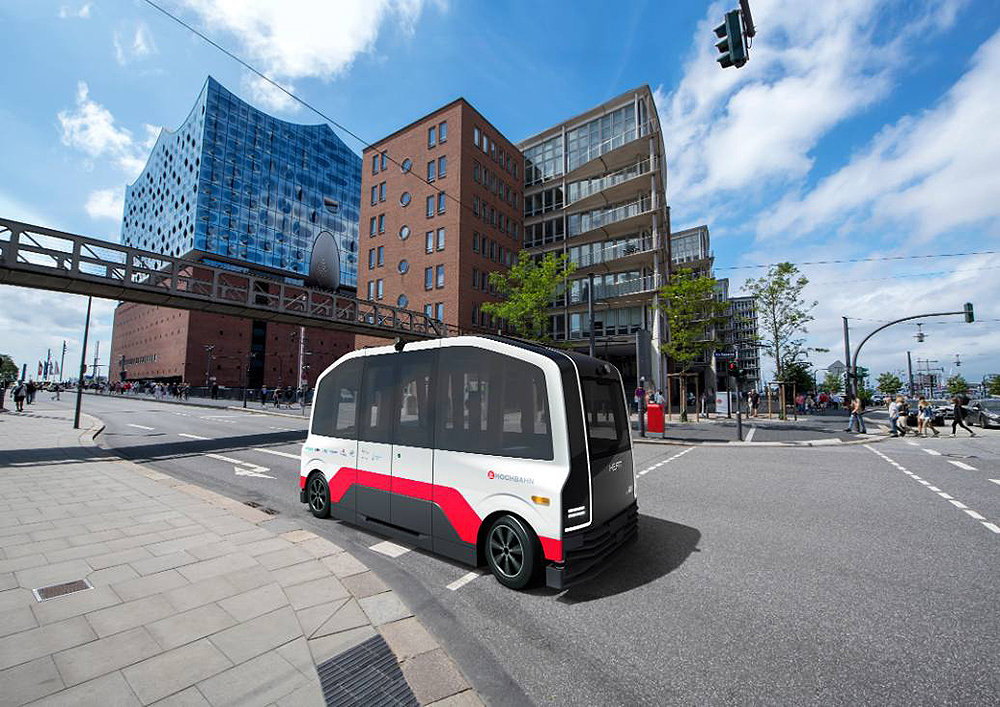 Is it feasible to have affordable, creative transportation to the masses, including those who have been restricted by conventional means due to health challenges, age or impairment? The possibilities are endless in how autonomous vehicles can improve mobility if we relook at how they are designed from the ground up. We discuss what the future might bring with autonomous vehicles, including lower cost transportation and a broader scope of capabilities to meet the needs of many.

Ed: An autonomous bus does not have a driver, so an “autonomous bus driver” (so to speak) could devote 100 percent of their time to assisting people on and off a bus. Could you provide this service at a more affordable price than today where you would also have to pay for a human driver?

Amitai: Yes, that’s why we focus on self-driving as a tool. You must think about how this is going to fit into the broader system of transportation. What are the first and second order impacts going to be? Does this tool give us more ability to deliver accessible rides at the current price point? I think the answer to that is “yes.” Even though the technology itself does not provide all the capabilities you need, it does make it easier and less expensive, as well as offer the effective delivery you desire.

Also, the government plays a role. I was out in California, where the public utility commission was making rulings on this question of what the accessibility requirements should be for a self-driving car service. Should they all be wheelchair accessible? Should a caregiver be in the vehicle at all times? I think that is a process that is going to play out in figuring the balance of letting companies put a service on their terms versus ensuring it, hoping it helps to improve the rules of the government with a mandate to serve. This is the first legislative proceeding of its kind in the country in looking at the accessibility of autonomous cars.

In our previous conversations, you had mentioned the ability to change around the configuration of a vehicle. We have already seen some exciting approaches to various possibilities, including a couple of companies that provide self-driving mini shuttles that resemble tram cars on wheels. These vehicles have enormous potential because there is so much room inside, which creates greater accessibility, allowing some to be fitted with wheelchair ramps and various configurations. Shuttles like Ollie, Navia, Easymile and Easy10 are all built with convenience in mind, and because the vehicles are already autonomous with no driver inside, it creates a roomier interior. However, there is also no brake pedal or steering wheel inside the vehicle. Therefore, technically, it does not comply with car regulations, creating issues in getting these vehicles on the road. Ed: The idea that a vehicle design does not comply with current regulations is probably at the foundation of this discussion. If you could start a vehicle design with a clean sheet of paper and say okay, I want to make this vehicle not only serve the needs of 95 percent of the population but also the 5 percent that is mobility challenged.

This new direction will force a different set of design goals, and in the end, you will come up with a much different design than the car or minivan of today. Is there anything that regulation can do to influence manufacturers in that direction, or provide incentives, for instance, which would be a positive approach? How do we take advantage of this opportunity now? If you are going to redesign vehicles, how does the government play a role in considering the needs of the mobility or physically challenged in coming up with new designs?

Amitai: We have no idea where the design of vehicles is heading. That’s one of the exciting things about being in this space in 2019. I look at pictures of 120 years ago, at the dawn of the automobile, and the first cars resembled horse carriages, only without the horse. They created a vehicle from the concept of what was typical for that day and placed an engine onto it. Then over time, they began to realize the car as a different mode of transportation, with various form factors. The change process in form and design took place over decades.

However, when we don’t need a driver, what does that do to the design? Secondly, when you marry this on-demand form of transportation with autonomy, cars can look much different, and they don’t need to be sized for the most prominent use cases. Therefore, when you combine autonomous automation with not needing a driver, along with the ability to summon a vehicle on-demand, there is no limit to where our imaginations could take us to in what that vehicle could resemble.

This concludes part four in a series of six of my interview series with Amitai Bin-Nun. Stay tuned for the final excerpts of this interview on this compelling topic.

About the author
Edward Bernardon is vice president of strategic automotive initiatives for the Specialized Engineering Software business segment of Siemens PLM Software, a business unit of the Siemens Industry Automation Division. Bernardon joined the company when Siemens acquired Vistagy, Inc. in December 2011. During his 17 year tenure with Vistagy, Bernardon assumed the roles of vice president of sales, and later business development for all specialized engineering software products. Prior to Vistagy, Bernardon directed the Automation and Design Technology Group at the Charles Stark Draper Laboratory, formerly the Massachusetts Institute of Technology (MIT) Instrumentation Laboratory, which developed new manufacturing processes, automated equipment and complementary design software tools. Bernardon received an engineering degree in mechanical engineering from Purdue University and later received an M.S. from the Massachusetts Institute of Technology and an MBA from Butler University. He also holds numerous patents in the area of automated manufacturing systems, robotics and laser technologies.

Behind the Scenes: How Policy Shapes the Future of… February 17, 2021 Listen to Sharon Masterson Podcast HERE In this episode of the Future Car Podcast, in our series “Women Driving the Future,”…
Building a More Accessible Transportation Future: Podcast… April 15, 2021 Meeting the Needs of the Moblity Challenged. Listen to Building More Acessible Transportation Future Podcast HERE Something we rely on…
Connecting the World with Byte-sized Satellites, Sara… January 24, 2021 Listen to the SWARM Podcast HERE Close your eyes and imagine you’re holding a grilled cheese sandwich. Better yet, make…

This article first appeared on the Siemens Digital Industries Software blog at https://blogs.sw.siemens.com/thought-leadership/2019/06/12/autonomous-car-designs-to-serve-the-physically-challenged/