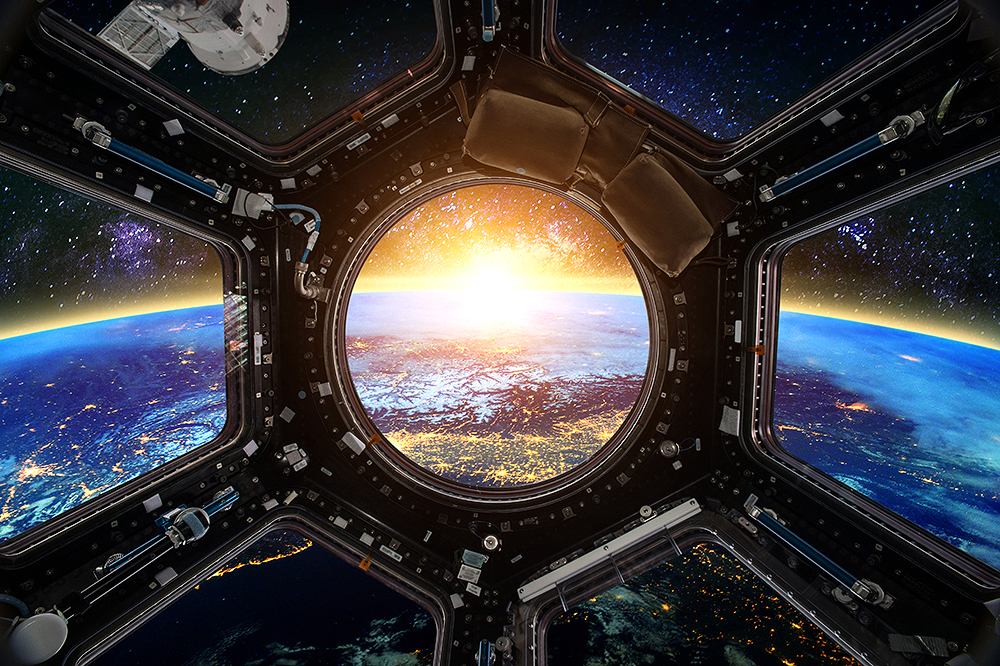 Need a lift? If you’re going to space, you do.

Space begins at about 62 miles above sea level in the fourth layer of the Earth’s atmosphere called the thermosphere. This is where the International Space Station (ISS) and the space shuttle orbit the Earth.

Reaching astronautic heights isn’t just a question of lift, but also of deep pockets. Space agencies such as NASA have traditionally relied on government funding to fuel rockets that lift heavy vehicles beyond Earth’s atmosphere and into space.

Today, private companies such as SpaceX and Blue Origin are helping bring the cost of spaceflight down through technological advancements in composites and rocket power, and by focusing on reusable components. This transformation will require a rethinking of industrial structures and business assumptions that traditionally have been used to develop aerospace products.

For example, NASA is offloading a portion of its commercial-satellite launch business to these newcomers to focus on exploration. It’s also looking to industry to help broaden future missions’ scope and develop key technologies. It recently awarded six private companies a total of $44 million in contracts as part of its “Tipping Point” competition.

The program is intended to help space entrepreneurs push next-generation technologies over the finish line. Blue Origin was one of the award winners, receiving $13 million in funding for maturing critical technologies that enable precise and soft landings on the moon, and a propulsion system powered by ultra-cold liquid fuels for landing a robot on the moon.

Yet to sustain the space enterprise economy, analysts predict the commercial space industry will need to grow to $1 trillion dollars by 2040 and will require the development of new markets. Dropping costs for rocket power should help drive a rise in satellites launched into orbit but satellites alone won’t likely triple the industry. Experts see more potential for growth from companies that incorporate data and other services from space systems into their own applications.

The European Space Agency is pursuing this opportunity in a European Union consortium with private industry. The IoT Everywhere on Earth ecosystem aims to provide IoT low-power wide-area network services from space, doubling Europe’s Space IoT market share from 5 percent to 10 percent by 2020.

Still, after the initial launch-and-orbit phase of the space economy has matured, what’s next? Space manufacturing and space mining. The ISS already has 3D printers, and as the cost of spaceflight goes down, some materials may become more cost-effective to make or study in space. For example, microgravity in space lets materials grow without encountering walls, and it allows them to mix evenly and hold together without traditional supports. At the same time, a nearby ultra-high vacuum helps things form without impurities.

Mining asteroids may be worth trillions of dollars as well. The minerals that lie in the belt of asteroids between Mars and Jupiter hold mineral values of about $100 billion for every individual on earth. Even the U.S. Geological Survey is starting to evaluate space resources for future mining. A 2017 Feasibility Study for the Quantitative Assessment of Mineral Resources in Asteroids found that the water and metal resources of near-Earth asteroids are sufficient to support humanity should it become a fully spacefaring species.

But reaping the benefits of commercial space will also require a permanent space-transport infrastructure from the aerospace industry. This space highway must include everything from propellant depots (like gas stations), to logistics bases with cargo-handling equipment, rest stops and fuel production equipment that can turn water on the Moon and Mars into breathable oxygen and drinking water. Other challenges, like how to regulate and monitor enterprise in space, and even who owns what, will make things difficult.

But with the world firmly embarked on its second space race, a new frontier is opening. Thanks to a new generation of space entrepreneurs and commercial spaceflight, space aeronautics will soon be open to a wider span of the human population.

This concludes part three of our series on the future of flight. To learn more, start our series from the beginning, visit our Thought Leadership aerospace and defense hub or read what else our company is up to in the industry.

This article first appeared on the Siemens Digital Industries Software blog at https://blogs.sw.siemens.com/thought-leadership/2019/04/22/private-space-enterprise-will-fuel-the-future-of-flight/