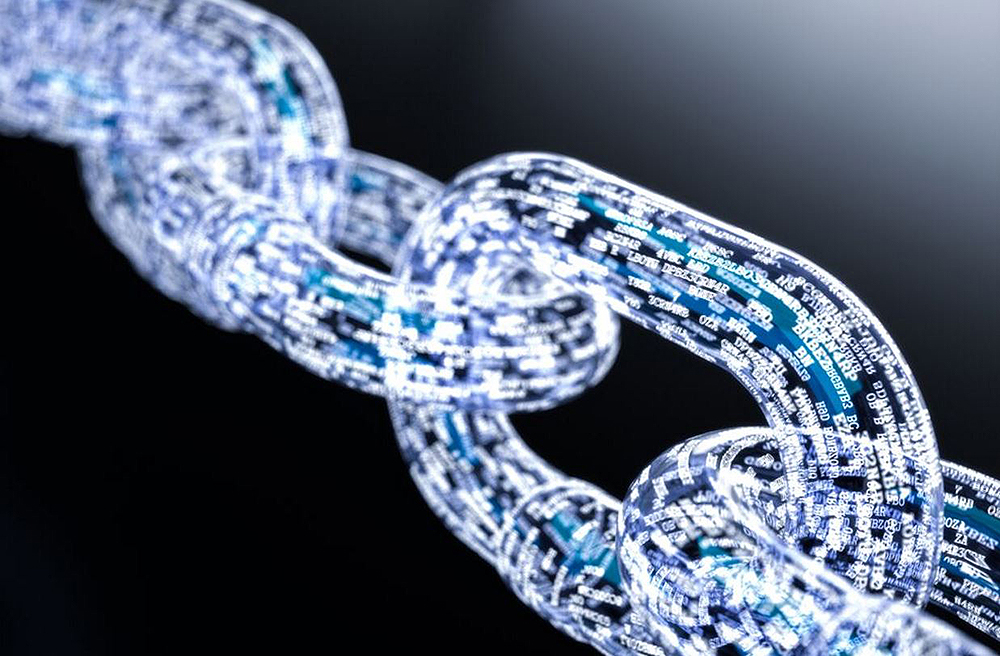 In 2008, a person or group of people known by the pseudonym Satoshi Nakamoto released a white paper entitled Bitcoin: A Peer-to-Peer Electronic Cash System. The paper described a “peer-to-peer version of electronic cash” running on a distributed ledger technology called blockchain. Blockchain let owners of the cryptocurrency Bitcoin securely exchange value without banks through its use of decentralized databases or “ledgers.”

Transactions were stored on blocks, similar to a page in a ledger book. When the block was “completed,” it was timestamped and linked to the next block in the chain. Information on the block could not be altered or removed without peer agreement and doing the same for the following blocks. This process created an incorruptible digital ledger of economic transactions.

By 2014, entrepreneurs were exploring programming blockchain not just for financial transactions but virtually everything of value. Recently, pioneering companies such as Toyota, Siemens, FedEx, Maersk and Walmart demonstrated high-profile use cases for blockchain, and investment surged as startups raced to see how blockchain could impact the supply chain, healthcare, voting, contract management and more.

Today, organizations of all types are starting to use blockchain thanks to a growing market of solutions and services that help create blockchain-based applications. IDC estimates that spending on blockchain software will grow at a compound annual growth rate of 81 percent between 2018 and 2021, rising from $2.1 billion to $9 billion.

The ‘Big Idea’ behind blockchain

So, what makes blockchain so different and exciting?

Essentially, it’s the idea of decentralization. By design, blockchain is a decentralized technology, which means the network operates on a user-to-user (or peer-to-peer) basis and is not stored in a single location or managed by a central authority. This decentralization opens the door to new forms of mass collaboration that are just beginning to be investigated and provides new ways of thinking about security since sensitive data is not centrally held but decentralized across the network.

The records on a blockchain are secured through cryptography, ensuring privacy and tamper proofing. Network participants have their own private keys that are assigned to transactions they make and that act as a personal ‘digital signature.’ Because blockchains are decentralized they do not have one point of failure. Other safeguards can be deployed.

Blockchain could have a large impact on organizations or groups of connected organizations in many industries where there is a mandate for better information visibility, historical auditability, more efficient business models or improved security. In one recent example using public records, the city of Dubai in the United Arab Emirates is putting all food-related records on a blockchain so that diners can check them quickly via an app before choosing where to eat. Similarly, Walmart, as well as other retailers and food manufacturers, have deployed blockchain to ensure food safety and compliance across their supply chains, recording the ownership and condition of the food ingredients each step of the way. One of blockchain’s most evident benefits is the elimination of back-and-forth verification steps in business transactions. Blockchain enables parties to create, validate, authenticate and audit contracts and agreements in near real-time, without third-party intervention. This benefit can mean millions of dollars in annual savings for transaction-heavy industries like banking and insurance, but could also have an enormous impact on other sectors such as engineering and manufacturing. For example, imagine how much time and money an automotive parts manufacturer could save by using a top suppliers’ blockchain networks to order, fulfill, deliver, invoice and pay in a traceable and secure automated loop.

Another benefit is improved tracking and traceability. FedEx is using blockchain in conjunction with wireless sensors and the Internet of Things (IoT) to track high-value cargo shipments. The goal is to fend off competitors through improved customer service.

“We’re quite confident that it has big implications in supply chain, transportation and logistics,” FedEx CEO Fred Smith said while speaking at a recent blockchain conference. “It’s the next frontier that’s going to completely change worldwide supply chains.”

Blockchain can be used to track and trace any asset, whether tangible (machinery, shipments, property, cash) or intangible (patents, copyrights, titles, branding). It lowers costs by eliminating the need to verify data held by different sources in multiple locations, and in turn, accelerates process efficiency with fewer resources. Blockchain networks also eliminate finger-pointing when assets are damaged because all participating peers can consult a complete and indisputable record of transactions. For industries that ship or receive perishable, high-value or highly regulated goods, this is particularly important.

Consider illnesses spread by food. In the U.S. alone, foodborne diseases affect 47.8 million people every year, killing more than 3,000 people and sending 127,000 to hospitals. One reason so many people are impacted is that it takes a long time to trace the farm-to-table food journey because supply-chain participants are responsible for only limited record-keeping—and many of these records are on paper. Standardizing food traceability on blockchain networks would allow for much faster identification of the source of the problem, faster removal from the food chain and earlier treatment for infected patients.

Blockchain in the future

According to the 2018 Future of Blockchain survey from venture capital firm UnderscoreVC, most respondents think blockchain is in its infancy. They believe adoption will accelerate as blockchain is poised to improve data resiliency and transparency and create new business models based on trust and decentralized control.

As blockchain moves into the future, it will help facilitate “flatter” peer-to-peer relationships and transactions. Services that many of us already use, such as Uber, Airbnb and Spotify, are early examples of decentralized transactions that rely less on intermediaries.

Blockchain has the potential to take decentralized transactions to the next level—creating a more level playing field, and reducing fraud and third-party interference. Ultimately, this may bring greater autonomy, responsibility and trust in the way we work with each other.

This concludes part one of our series on blockchain. In part two, we discuss potential manufacturing blockchain use cases.

This article first appeared on the Siemens Digital Industries Software blog at https://blogs.sw.siemens.com/thought-leadership/2018/09/20/how-companies-are-moving-beyond-the-blockchain-hype/