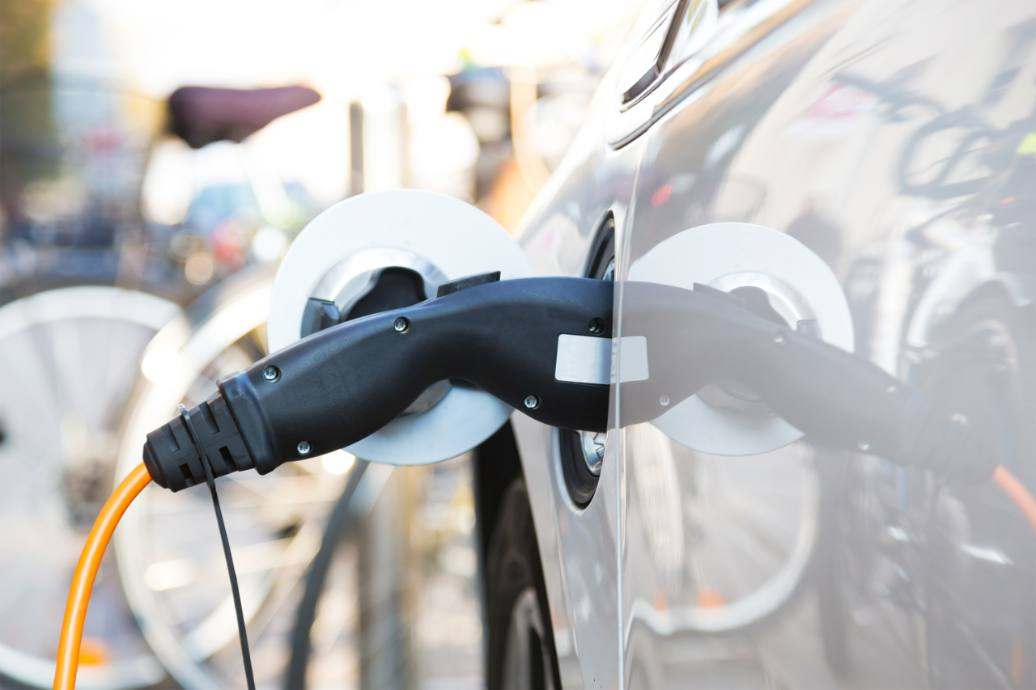 The electric vehicle charging stations infrastructure is still very much in its infancy.

We are at the beginning of electric vehicle charging stations, and although progress is being made in the market with electric vehicle purchases, they’re still a niche market. Nearly 200,000 electric vehicles were sold in the United States in 2017, up more than 25 percent from 2016. That is a remarkable increase, but it pales in comparison when you consider overall vehicle sales in 2017 were approximately 17 million.

1. California is pouring money into development and infrastructure. There are many incentives and programs in place to reach the goal of zero emissions.
2. California is known for being a technology hub where early adopters are more open to exploring the latest tech and are interested in developing something new.
3. California residents and lawmakers take climate change seriously and are looking to adopt more environmentally-friendly modes of transportation to reduce their carbon footprints.

Even still, California finds itself at the beginning of the development stage, just a little further along than the rest of the country. Overall, the United States has approximately 18,500 charging stations, 5,700 of which are located in California.

As OEMs and startups work to create the next generation of electric vehicles, the infrastructure is insufficient to give consumers peace of mind, especially if they want to commute more than just on a fixed route between work and home. Range anxiety is both the fear of running out of battery while on the road, and not being sure if any electric vehicle charging stations will be available. If range anxiety remains a factor, drivers will feel limited in their freedom to travel if they purchase an electric vehicle and will shy away from investing in electrification technology. When compared to gasoline infrastructure, the electric vehicle charging stations infrastructure in comparison is more decentralized, allowing for several new approaches for incorporating electro-mobility into urban planning. Non-traditional refill station locations, such as sidewalks and public parking lots, can be used for a distributed charging network and can become multifunctional areas to pull up, plug in and have a considerable charge within 15 minutes.

There are three main charging fields for infrastructure.

1. Public Parking charging. These are not fast, high-performance stations. They’re designed for locations such as malls, movie theaters or parking lots where cars can be expected to lay dormant for at least an hour or two.
2. High-performance charging. Similar to gas stations where cars enter, charge up and go. The goal is 80 percent capacity in ten minutes.
3. Home/work charging.This station is ideal for cars sitting idly for hours.

The limitation of public parking charging and home/work charging will lead to the necessity of a wide network of high performance charging stations. They will be more expensive for the consumer to use, but they will be more readily available to everybody with a benefit of shorter charging times. Most of all, they will make it possible for the driver of an electric vehicle to drive long distances.

The electric vehicle charging infrastructure in the United States is currently funded and built by private companies. Other countries such as China and Norway have greater government support and financing helping to make electric vehicle adoption a faster reality. Private investments focus on R.O.I. and can be slow if the returns are low and the risk is high.

For electric vehicle charging to advance, a single standard must be in place so manufacturers don’t have to exclusively design one solution for one niche market or vehicle.

Investments in infrastructure aren’t just limited to the amount of electric vehicle charging stations that are deployed. Governments must also establish standards and regulations for electrification to ensure interoperability, meaning all electric vehicles can charge at all charging stations. Working on a well-defined, quality standard means you have a systems description on-hand that can be used to reduce development resources and time-to-market. OEMs could then mass produce, which reduces cost and adds incentive to go into electric vehicle business.

An important milestone will be when people no longer think about stopping to spend an hour charging their vehicle when they’re running errands, or where to charge electric cars if they’re in a hurry. Fast charging is key, and ten minutes is the new target for achieving 80 percent charge. However, if your vehicle is third in line at a charging station, you’re looking at potentially 30 minutes of waiting before your vehicle is charged and ready to continue.

The requirements for infrastructure are not just limited to charging stations, but also include seamless connectivity and new approaches to the energy market. Just as apps can reserve tables at a restaurant, they could be used to reserve charging stations, calculate a cost-optimized charging plan based on customer behavior and provide the fastest route to an available station. The road to electrification is paved with buses, trucks and other transportation vehicles, such as mining equipment. Buses and delivery trucks are ideal for advancing and testing vehicle electrification. Buses are becoming increasingly electrified because they drive a specific predetermined route, making it easy to calculate energy usage. At the end of the day, they remain parked in a fixed location, allowing for easy charging opportunities. Major cities such as New York, Chicago, Los Angeles and San Francisco have goals for complete electrification of their buses in the near future.

Electric boats and ferries can also help cut emissions and save money, as shown in Norway. Siemens helped produce electric ferries that carry passengers across rivers and fjords multiple times per day. At night, just like with buses, the ferries are docked and connected to a charging station to restore their battery charge.

Challenges remain for electric vehicles. It’s a common misconception that electric vehicles will pop into our lives like the iPhone, where people will one day wake up and find that by next year all cars will be electrified.

Vehicle electrification is a long-term investment. This gradual shift can happen faster with the right investment in electric vehicle charging stations development and with government support.

This concludes our blog post on easing consumer fears on where to charge electric vehicles.

About the author
Dr. Xi Zhang is the head of the Embedded Web Technologies group at the Siemens Corporate Technology office in Princeton, New Jersey. She is an expert in the emobility space, with a focus on standardizing the communication interface between electric vehicles and charging infrastructure to ensure interoperability. Xi has strong interests in identifying communication challenges for transportation electrification, such as: mass deployment and managing charging infrastructure; automatic connection and charging systems for transit systems; and, addressing those challenges as inputs for future standards. She is also focused on communication technologies for Industrial Internet of Things. Xi received her master’s of engineering from Imperial College, London in the U.K. with degrees in electrical engineering, and her Ph. D. from RWTH Aachen University in Germany.

Katherine Sheriff: Pioneering the Legal Framework of AI:… March 3, 2021 Listen to Katherine Sheriff Podcast HERE When does a machine become a person in the eyes of the law? Katherine…
Podcast transcript - The Future Car transportation… April 26, 2021 It is clear that, despite the numerous challenges facing automotive OEMs today, the goals of next-generation electric, autonomous and connected…
The Future Car – Vehicle Electrification - The Importance of… March 3, 2022 A major theme of our discussions here on the Future Car podcast has been the large-scale disruption taking shape in…

This article first appeared on the Siemens Digital Industries Software blog at https://blogs.sw.siemens.com/thought-leadership/2018/08/27/how-electric-vehicle-charging-stations-can-drive-electric-car-sales/