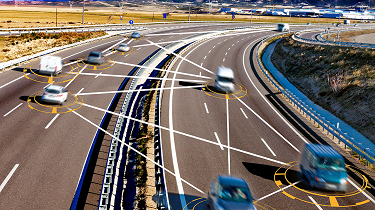 Automakers around the globe are designing and testing autonomous vehicles. But what needs to happen before these vehicles hit the road in masses?

I recently had the pleasure of speaking with Dave Lauzun, vice president of transportation and automotive at Siemens PLM Software, to answer this question. There are specific challenges automakers face as they work through autonomous vehicle technology, and Dave walked through how they can overcome them before the mass production of autonomous vehicles happens.

One part of our conversation focused on the amount of sensors and software needed to perfect the technology in autonomous vehicles. Dave said that autonomous vehicles are not much different from standard vehicles – except for these two critical needs that will ultimately make the vehicles think and act better than humans.

But not impossible. By taking a total systems approach to develop and perfect autonomous vehicle technology, it allows automakers to tackle the incredible complexity coming from everything being intricately connected together, Dave said. It isn’t just steering and braking you have to worry about: it’s the interior, it’s the infotainment screen and system, it’s the instrument panel – and much more.

In this video, Dave talks about how this approach, called systems-driven product development (also known as systems digitalization), will allow automakers to develop complex products of the future – and do so safely.

Want to learn more? Watch other videos from my conversation with Dave about autonomous vehicles, where we discuss the challenges with developing them, their impact on infrastructure and how they’ll be tested and validated. You can also visit our autonomous vehicles hub to see what other Thought Leaders are saying about the topic.

Tell us: What do you think is the biggest hurdle to mass producing autonomous vehicles?

About the author
Toni Boger is the editor-in-chief of Digital Transformations, the Thought Leadership blog for Siemens PLM Software. As the content strategist for the Siemens PLM Thought Leadership program, she oversees the content creation, management, publication and promotion for all content in the program. She graduated from Saginaw Valley State University with a Bachelor of Arts degree in Communication and English. Prior to joining Siemens, Toni worked as an associate site editor for TechTarget, a technology media company.

This article first appeared on the Siemens Digital Industries Software blog at https://blogs.sw.siemens.com/thought-leadership/2018/07/18/autonomous-vehicle-technology-will-rely-on-software-sensors/