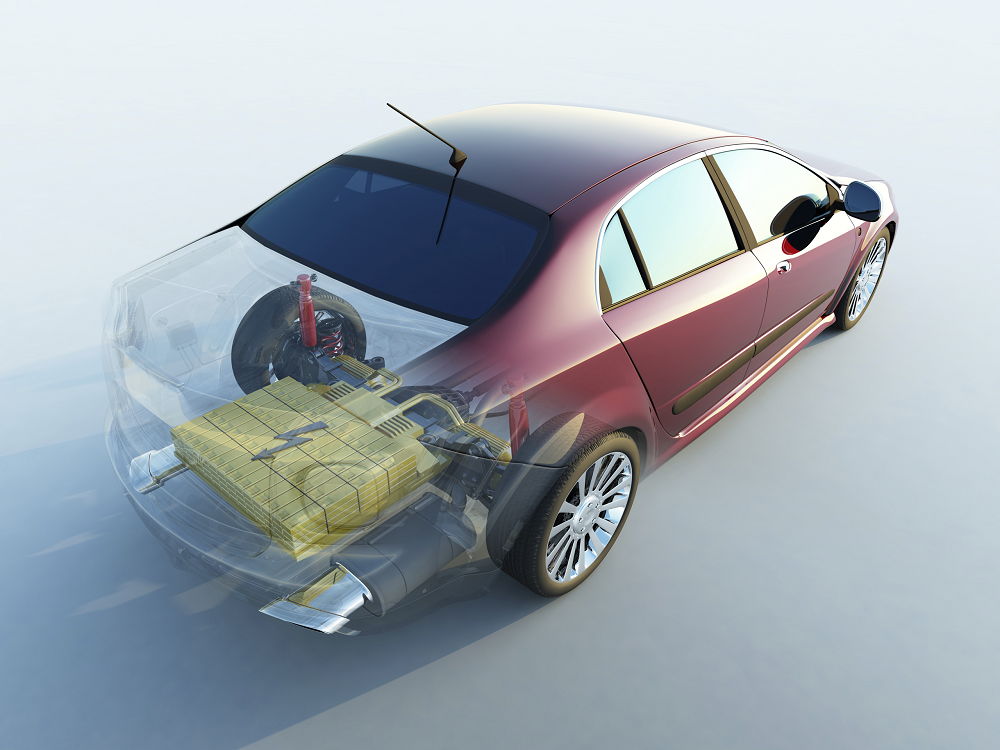 These are exciting times for the automotive industry with drastic increases in market interest and investment for fully electric vehicles, autonomy and connectivity.

In the last decade, the industry has gone from almost non-existent sales for plug-in electric vehicles in 2008 to 1.1 million worldwide in 2017, with 100 percent year-over-year growth in sales.

Vehicle electrification is also bringing new companies to automotive industry. Tesla Motors was the first new automaker in the U.S. after 54 years when it started in 2003. Since then, new investments have led to more than 300 new companies worldwide working on electric cars and trucks.

New players in the electric vehicle game add to the global disruption of the market, and innovation means success. With so many entrants, companies must not only produce fast, but also develop electric vehicles that customers desire.

As electric vehicles go mainstream, these are some of the key areas that will drive the need for innovation and engineering breakthroughs in the coming decade.

Electric vehicles with a range of more than 300 miles, and for less than $40,000, is a key metric the majority of automakers want to achieve in the next five to 10 years. Recent customers’ interest in the Tesla Model 3 and the Chevy Bolt validates such targets for electric vehicle mass adoption without customers worrying as much about the drive range. The key enabler will be a combination of reducing battery costs and increasing battery energy density.

In the next five to 10 years, we’ll see electrification of different vehicle segments and for vehicles with different primary applications. Powertrain and vehicle electrification requirements are vastly different for passenger sedans versus high-performance racing cars, trucks and off-road vehicles.

The vehicle mission profile will have a profound impact on electrification architecture. For example, fuel cells have an interesting value proposition over Lithium-ion batteries for vehicles with more than 100 kWh energy requirement, such as class-8 trucks. Even with sharply decreasing prices and a push toward higher energy density for Lithium-ion batteries, automakers need to revisit the fuel cells versus battery equation to define the optimum architecture. They also need to balance vehicle-specific electric and electrical system development to minimize different variants and perhaps vendors.

Fast, reliable evaluation of options is needed as OEMs and their suppliers look at offering electrification across vehicle segments. This includes options for electrification encompassing all vehicle engineering domains underpinned by lifecycle management framework for digital and design continuity stemming from requirements and manufacturing. Autonomous vehicles may very well be the biggest driver for vehicle electrification. By 2030, nearly 25 percent of all miles driven in the U.S. could be in shared autonomous electric vehicles. However, adding vehicle autonomy to an electric powertrain isn’t a simple additive engineering task: it poses unique challenges and dependencies. Power demand of autonomy-enabling electronics can significantly reduce electric drive range, as much as 30 percent in some cases, especially on level 4 or 5 autonomous vehicles. This means a bigger, higher energy density battery – which comes at a significant cost.

Additionally, the electrical system will be significantly more complex for an autonomous vehicle, a major hurdle for autonomous electric vehicle development. Automakers need to account for codependences of autonomous functionality (that is, hardware and software) and vehicle electrification from early development stages.

As the industry gets ready for Auto 2.0, where miles driven will likely be a bigger KPI than vehicles sold, charging time will be central to the customer experience. Fast charging technology is especially critical as more electric vehicles with a 200+ mile range are on the road.

Companies need to develop optimum charging algorithms and consider the impact of fast charging on battery pack life. During charging, if battery pack or charger temperature go beyond a critical temperature, the vehicle controller will reduce charging speed, which means a longer charging time. Thus, electronics design and thermal management of both battery pack and fast chargers is critical. In their quest to reduce electric vehicles’ cost and produce vehicles that meet customer expectations, automakers and their suppliers are aiming to optimize electric vehicles, exploiting massive amounts of data they’ve collected to learn how consumers have been using their vehicles, reviewing such factors as driving behavior, charging pattern and comfort requirements.

For instance, vehicle usage data can drive improvements in motor designs to deliver maximum efficiency for operating and corresponding to how vehicles are driven most of the time, rather than focusing on improving a single point efficiency. Similarly, battery pack usage and charging patterns can lead to better battery design, thermal management strategies and controls.

This can empower companies to improve e-powertrain and vehicle design, as well as virtually verify and validate electric vehicle performance reliability and safety. Marrying the usage data with a system driven product development framework for electric vehicles promises to open up new design and manufacturing innovation opportunities, and can help automakers profitably deliver the electric vehicles customers want.

This concludes part two of our series on mass producing electric vehicles.

About the author
Puneet Sinha is the automotive manager in the Mechanical Analysis division of Mentor, a Siemens business. In this role, Puneet is responsible for his division’s business strategy and market development for vehicle autonomy and electrification thrusts. Puneet has more than a decade of experience working on various aspects of vehicle electrification. Prior to joining Mentor, he worked at General Motors, where he led global research and development teams to solve issues with fuel cells and battery electric vehicles. He also worked at Saft, a Li-ion battery manufacturer. Puneet has a Ph.D. in mechanical engineering from Pennsylvania State University, has authored more than 20 highly-cited journal articles and has been awarded seven patents on fuel cell and battery system design and operational strategies.

Katherine Sheriff: Pioneering the Legal Framework of AI:… March 3, 2021 Listen to Katherine Sheriff Podcast HERE When does a machine become a person in the eyes of the law? Katherine…
Agile Product Development in the Aerospace and Defense… October 7, 2021 I had the privilege of interviewing Jim Roche of CIMdata and Dale Tutt of Siemens Industry Solutions Software on Agile…
The Future Car – Vehicle Electrification - The Importance of… March 3, 2022 A major theme of our discussions here on the Future Car podcast has been the large-scale disruption taking shape in…

This article first appeared on the Siemens Digital Industries Software blog at https://blogs.sw.siemens.com/thought-leadership/2018/07/16/building-the-next-generation-of-electric-vehicles/