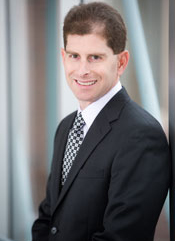 Stories about autonomous cars hitting the road and the automakers testing these cars frequently make the news. But there’s one important part of the conversation we rarely hear anything about, even though it’s just as important: how will autonomous car safety account for the human attention span, and how could distracted driving evolve as these cars hit the market? ED BERNARDON: Bryan, let’s start off – maybe you could just tell us, how did you get to this point in your career with the focus on this particular aspect of autonomous or automated driving, looking at the impact of automation on human attention and driver interaction?

BRYAN REIMER: So I noticed about five years ago, Ed, that the auto industry was beginning to gear up the focus on automated driving. It was a rapid tactic to how do we get the driver out of the driver’s seat, and basically over to the passenger seat as an innocent bystander in a highly complex interaction? In the basics of human factors of literature, the aviation commander really summarizes it best.

In the early 80s, when the model was a pilot with a source of errors, they said, “Let’s get the pilot out of the cockpit.” You know right now humans are the source of 94 percent or 90percent of errors on the road; we [have to] get the human out of the driver’s seat. Well, in the aviation community, they recognized by and large in the late 80s, for a round number, that perhaps this concept of getting the pilot out of the cockpit wasn’t the best approach, that human error in the cockpit was really a systems integration problem, that we [have to] look at human error as really an indicator of a larger system problem. And only by looking at the broader system and the human’s involvement in that system can we truly move toward a more cohesive, safety-centric aviation system where we are today.

That was largely successful. Not the same as pilot automation related issues in aviation. It’s just being managed quite cohesively by focusing on technology development, human integration, and the policy needs to maintain that system: policy needs, power service, all that fun stuff.

So about five years ago, I realized the auto industry is embarking on an effort here focused on getting the driver out of the driver seat. Fundamentally, you know, but it didn’t work in aviation. Where you have a trained individual, you have all the policy capabilities. The technology can be more cohesive, can cost fortunes — how will we do this in a more complex, less expensive, less regulated domain?

And the more you begin to think about it, case studies from the aviation community aren’t perfect. By and large, the only way the automation environment is going to really be truly successful is if we do focus it around a human-centered perspective. That means we need to be thinking about how the automation technology is going to interact with the human occupants in the vehicle, other road users, and the like, with a real synergistic system-wide perspective.

Now here we are, fast forward five years, and the industry by and large is still moving full force toward the idea that we’re going to automate the driver out of the vehicle.

However, I think there is a growing understanding that that is not alone going to be successful, and the industry is beginning to see a quick tact that takes five or ten years to a movement toward an understanding where automation will play an increasing role in our mobility future; but it is not the whole cloth answer solution to all. It is really a systems level engineering problem that really needs to be managed and developed. As the auto industry moves toward autonomous driving in cars, questions still remain about how these cars will take the human attention span and distracted driving into consideration.

ED BERNARDON: When we hear about automated or autonomous cars, we jump immediately to the hands-off pod that takes you on your journey and drops you off. But automation has actually been creeping into cars for a long time since the days of ABS and automatic transmissions. How has this gradual creep of automation impacted safety and the interactions of these systems with the human driver?

BRYAN REIMER: So let me give you my favorite case study, the automatic transmissions.

Automatic transmissions are clearly, as the name goes, bringing automation into the act of changing gears. Obviously from a fuel economy perspective, it makes a ton of sense; but, it also relieves the operator’s workload. From hand on the stick shift, foot on the clutch, the mind no longer engaged on when to execute on those motor controls. So it freed resources.

What did the average driver do with these extra resources? Well we didn’t necessarily pay more attention to the road—we filled our hand with a smart phone, initially to hold it up to our ear. Then perhaps it was in our hand. Basically texting and shifting is quite complex—it kind of takes one hand on the stick shift, one hand on the phone, it’s complex, difficult to do.

So what we really have done is, as automation has encroached more, humans have taken those spare resources and devoted them elsewhere to what we consider perhaps distracting technologies today. And perhaps better thinking these aren’t distractions in the classic sense of something is distracting me from the driving task. They’re my desires to fill the attentional void left by the driving task not being complex enough to fill my attentional needs.

So perhaps distraction, an epic problem of safety on the nation’s and world’s roads, is really a fallout of a broader attention management problem related to increasing automation.

This completes part one of my conversation with Bryan. In the next part, we discuss handoffs between autonomous cars and the driver, as well as how autonomous cars could detect distracted drivers.

This article first appeared on the Siemens Digital Industries Software blog at https://blogs.sw.siemens.com/thought-leadership/2017/09/05/studying-autonomous-car-safety-and-the-human-attention-span/