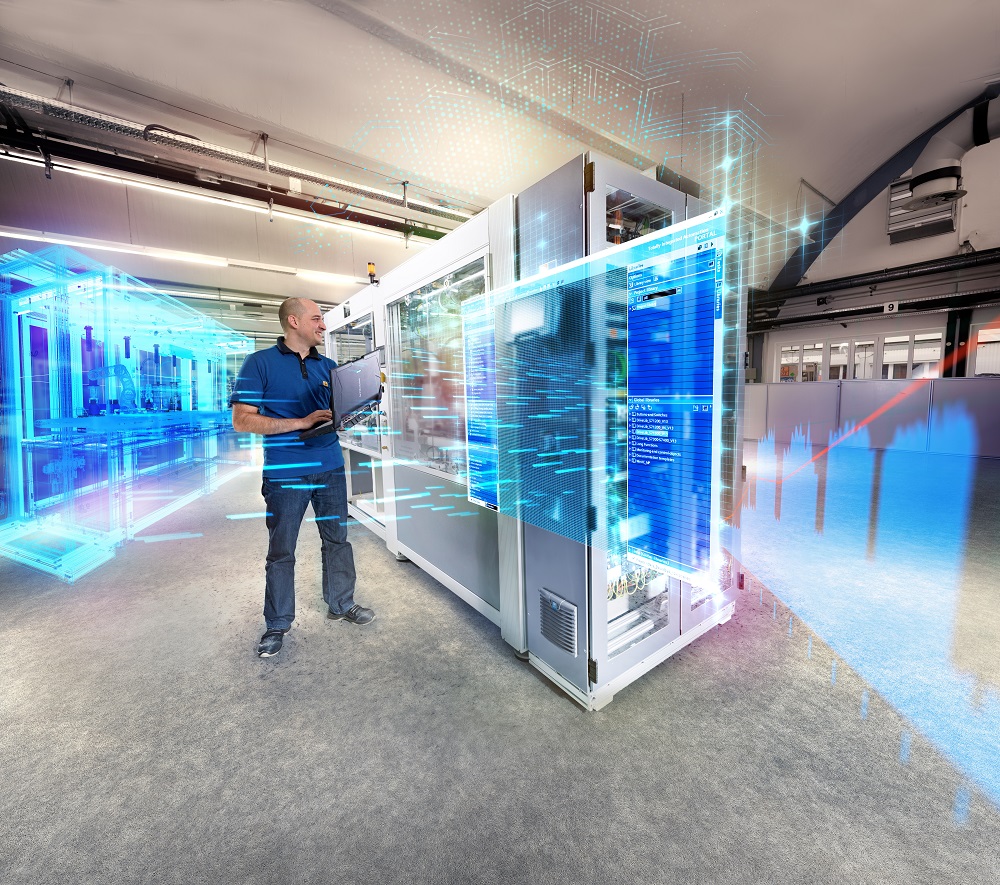 Companies must work harder than ever because markets constantly change. Competition will keep growing as digitalization takes over and new players come to market, so how can companies plan for profitable futures?

Siemens PLM knows how to address these challenges because we have this experience from successfully managing and overcoming them in our own business. We know what it takes to grow and to have a future-proof business.

What innovations will Industry 4.0 spark next?

Siemens has built digitalization knowledge into its Digital Enterprise Software Suite, the first and only digitalized portfolio that covers a manufacturer’s entire value chain. We replicated the Amberg success in our Chengdu facility. We also use our Digital Enterprise Software Suite to make individualized FIAT 500s, several Jeep models and Maserati Ghibli. And, we offer a 40 percent productivity increase.

There’s no reason why this digitalized work will stop. Dentists already machine bespoke dentures on demand in their offices.

Joint replacements can be 3D printed from in vitro scans of the customer’s skeleton.

Many companies are making amazing advances in the fight against cancer, using personalized medicine based on the characteristics of a patient’s own genome rather than generic mouse models.

The possibilities are endless. The market is huge. The possibilities for digitalized work are endless, and the market is infinite.

When we talk to customers about digitalization and show them our work in Amberg, they understand the potential. But all too often, they often thank us for the insight and say they’ll get back to us after they’ve created a committee and written some white papers. It’s our job to impress upon these customers that there is no time to wait, and we do this by going back in history.

It took 100 years for steam to revolutionize manufacturing, 60 years for electricity and 30 years for automation. This IT-driven revolution will be the fastest, most profound one of all.

Look at how IT is maturing to understand the immense time pressure we’re all under, for example. Intel’s Gordon Moore famously predicted that the speed of semiconductors would double every 18 months without increased cost to consumers in what’s known as Moore’s Law. Everyone knows this, but few people understand the power of this kind of exponential growth.

To illustrate the implications of Moore’s Law, let’s time travel to 6th century India. At the royal court, a doctor who invented chess presents his game to his emperor. So enamored was the emperor that he commanded the inventor to name his reward. The doctor asks that the board be filled with rice: one grain on the first square, two grains on the second, four on the third and so on.

After 32 squares, halfway through the board, there were 4 billion grains of rice, about the annual production of one field in India at the time.

However, things get weird when we enter the second half of the chessboard. The numbers increase so rapidly that our intuition breaks down. By square 64, the number is incredibly large; it’s more than all of the rice ever grown in the history of the world, and the pile would be taller than Mount Everest. This is a nice illustration of the power of exponential growth, but you may be wondering what it has to do with digitalization.

Moore’s Law has held true since companies began buying IT in the late 1950s, quietly doubling in power like the rice on the chessboard. We entered the second half of the chessboard for IT in 2006 – the same year the PlayStation3 launched with twice as much computing power as the world’s fastest supercomputer from only a decade previously.

Since then, it’s doubled another six times. That’s a 256 fold increase in processing capability in nine years, and it’s brought us self-driving cars, autonomous robots and deep artificial intelligence.

What’s next with Industry 4.0 and digitalization

In the early 1900s, new, agile companies that thought differently and applied smaller motors to individual machines drove the shift to electrical power, and they’re the ones that rode the next wave of productivity and prosperity. The established companies heavily invested in the status quo disappeared.

This will happen again with Industry 4.0, but it will be much faster this time. We don’t want our customers to disappear, so we want to sensitize them to the urgency at hand.

For digitalization, the time is now. The CEOs who’ve left it this late should bear in mind Ernest Hemingway’s quote about how a man goes bankrupt: “Gradually, and then suddenly.”

Digitalization is coming, and it’s coming fast. History shows us that he who hesitates during Industrial Revolutions is lost, and this will be especially true in a digital world. Most manufacturers in the U.S. know they need to digitalize, but they don’t take action because they fear the unknown. Siemens and other visionary companies have already started the journey, and we can show these other companies the way. Established companies that heavily invest in the status quo without looking ahead will disappear, and this will happen even faster in Industry 4.0.

We can’t ask our customers to throw away their systems and start over to create a digital enterprise, and we don’t have to. We’ve proven that our digitalization platform can provide revolutionary results in an evolutionary process.

Siemens is the only company that can lead businesses stepwise on the journey to realizing their digital enterprise; our open platform allows us to help customers realize groundbreaking results without ripping the heart out of their existing infrastructure. We can help them unlock huge growth as they enter Industry 4.0.

This concludes our introduction to Industry 4.0 and the digital enterprise.

With more than 20 years of experience, first as a manufacturer and then with Siemens, Alastair Orchard has focused on the gains in operational efficiency that Advanced Automation, MES and MOM deliver. He now focuses on Industry 4.0 and the consumerization of manufacturing. Alastair currently leads a global team running the Digital Enterprise Project to help customers take advantage of the synergies possible between product ideation, realization and utilization through the digital transformation of their business processes. Alastair holds an engineering degree in chemical engineering from the Loughborough University of Technology in the U.K. and lives in Genoa, Italy with his wife and four children.

This article first appeared on the Siemens Digital Industries Software blog at https://blogs.sw.siemens.com/thought-leadership/2016/06/28/how-a-digital-enterprise-meets-industry-4-0-digitalization-demands/