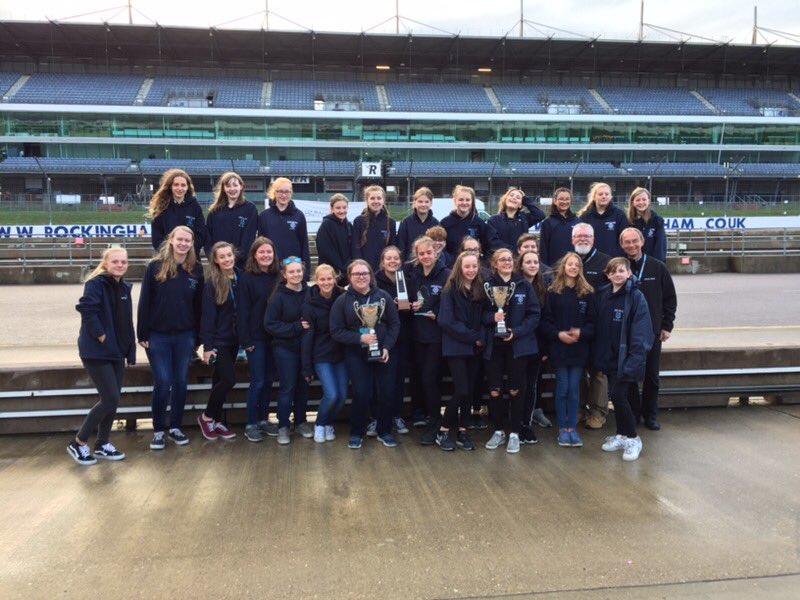 Last weekend more than 100 teams of students from around the globe gathered in rainy Rockingham, U.K. to face off in this year’s Greenpower International Final, bringing an exciting end to the 2018 Greenpower racing season. The event marked the last race to be held at Rockingham Motor Speedway. Solid Edge is proud to have been a sponsor of this year’s event, which provides students with the amazing opportunity to not only race the vehicles they’ve worked so hard to design, build, and test—but also to show off the skills they’ve gained while their engineering prowess as a result of participating in the Greenpower program.

The Greenpower Final draws people from all corners of the world—from Beijing to Portugal and beyond—to witness the excitement and hear from students about their experience.

The event kicked off Friday, October 6, with the Kit Car Final for ages 11-16 (IET Formula 24) and Lap Race for ages 16-25 (IET Formula 24+). Then on Saturday, October 7, season qualifiers who were invited to face off in the last race of the season gathered for the International Final (IET F24), followed by the Round 12 International Final (IET F24+) for participants aged 16-25 years old.

The Siemens Engineering design award (IET F24, IET F24+) went to Mr. Basil Slicker and Dylan Lafert and Sandbach High School’s all-girls engineering team, Complete and Utter Chaos (CAUC). The 24 members of the team joined by parents and grandparents were delighted at the win, and at placing 2nd and 4th in the season. Congratulations to the CAUC team, the winners of the IET F24 and IET F24+, as well as all finalists in the Greenpower International Final 2018! It was an amazing end to the 2018 Greenpower season, and we’re so glad to have been a part of it!

Startup Spotlight: Quantron accelerates e-revolution in… March 8, 2021 Serhat Yilmaz and his colleagues at Quantron AG in Gersthofen, Bavaria (Germany) have come up with something big in a…
Problem solving vs. finding answers starts in high school May 24, 2022 Engineering has been a major in universities for centuries, but for as long as humans have been on Earth, we…
Women in Engineering Day Spotlight: Interview with Yossra… June 23, 2021 Meet Yossra Gherairi, a sales engineer at DigiCAD and standout Olympic fencing champion. She shares with us what it's like…

This article first appeared on the Siemens Digital Industries Software blog at https://blogs.sw.siemens.com/solidedge/all-girl-team-takes-2nd-wins-award-at-greenpower-international-final-2018/