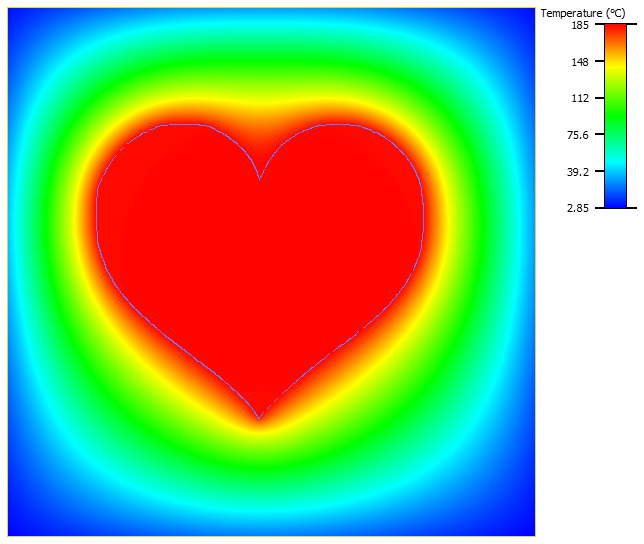 Simcenter Flotherm has been developed to simulate electronics cooling applications. Electronics products, or products that contain electronics, dissipate heat, become hot as a consequence and, if those temperatures get too high, may suffer a degradation in performance and ultimately may fail completely.

A typical Simcenter Flotherm model contains 3D representations of electronic parts, predominantly packaged semi-conductor devices mounted on printed circuit boards (PCBs). Those parts are designed in EDA software such as Xpedition Enterprise where 2D and 2.5D design approaches are commonplace. The challenge, from a thermal simulation perspective, is to convert these 2D highly complex definitions into tractable 3D thermal models.

HyperLynx is a suite of simulation capabilities, tightly coupled to EDA design processes. HyperLynx PI (Power Integrity) focuses on the prediction of DC drop in a power delivery net (PDN). If you’re going to place a package that expects a +5V supply, far from the PDN supply point, you want to be sure the voltage hasn’t dropped too much by the time the current gets to that location.

Bypassing the approach of using a solid model definition of the PDN, that would be extremely ‘heavy weight’, a raster approach was adopted instead. A simple csv file describes both the geometry and the power distribution at many thousands of discrete points, on one or more abutting layers with prescribed thicknesses. This csv file is referenced by Simcenter Flotherm as a ‘PowerMap SmartPart’ object when a model of that dissipating electrical circuitry is included in a bigger board or system level model.

This csv file, although exportable from HyperLynx PI, can be defined using other data sources. For example, a simple VBA script (installed with Simcenter Flotherm) can convert a BMP image file into the corresponding PowerMap csv file. With Valentine’s day upon us once again, I thought I’d use a love heart to show the approach:

Any numeric value in the csv file is taken as the power dissipation at that point. A lack of a numeric value indicates where the PowerMap geometry does not exist. So, a data format that combines both geometry and power, neat! If the value is 0.0 (as in the above example), then the definition just describes the geometry.

Once in Simcenter Flotherm it can be solved in the usual way. In this example a constant power (6W) is set in the PowerMap, a material assigned to it (385 W/mK) and a solid object in which it sits (2 W/mK) and peripheral heat transfer coefficients (1000 W/m2K) defined on the computation domain boundary to allow the heat to leave. The Power(Map) of Love indeed! (Not what Jennifer Rush intended, I’m sure 🙂 )

Going somewhat off-piste and getting carried away generally, I processed some other images and studied their thermal behaviour in Simcenter Flotherm…

I’m unsure as to the utility of studying heat flow through the Mandelbrot set, but hey, it’s all kinds of beautiful!

No self-respecting football supporter would miss out on the opportunity to highlight their club. Here’s the hotspur of a very nearly Champions League winning team:

Well, happy Valentine’s day one and all! May you day be filled with love and happiness … and thermal simulation.