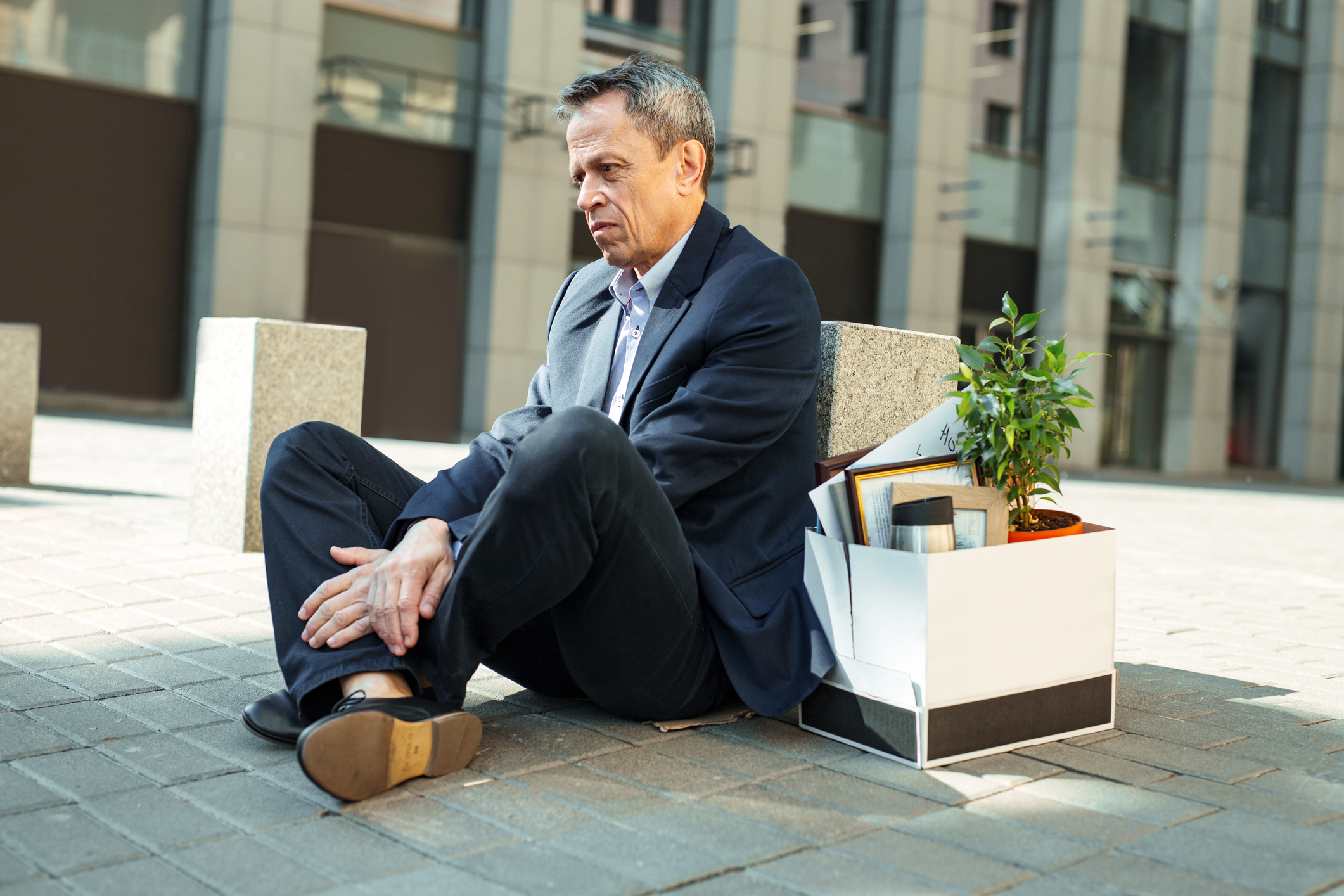 This is one of my favorite exercises:

Imagine a world with no legislative emission regulation in the transport sector. None. Forget about consequences for humans, or the planet as such. Just imagine, there were no regulations and what this implies from an automotive engineering perspective.

DISCLAIMER: All characters and corporations or establishments appearing in the following story are fictitious. Any resemblance to real persons living or dead, or to any corporations, is purely coincidental.

WASHINGTON, D.C., April 1st – “Great stuff” a visibly satisfied president of the United States stated, patting on the shoulder of Matt Eagle, lead attorney of the American Society for Automotive Legislative Deregulation ASALD expressing his deepest respect for the “outstanding corrective action of a historical mismanagement”.

On Wednesday, April 1st, the Supreme court finally decided in favor of the ASALD in the monster trial against the California Clean Air Board paving the way to ultimately revoke the Clean Air Act as well as the Zero Emission Mandate. On top the court declared all related automotive emission standards including the corporate average fuel economy and any attempt of legislative regulation of the transport sector emissions across the United States illegal.

Eagle said right after coming out of court. “It is the culmination of a long-lasting effort to bring justice to an industry that over decades has suffered from unbalanced attempts by over-ambitious hippies to blame our industry for climate change and human health issues. We are seriously excited about the glorious future that lies ahead of us. This will re-unleash the true potential of our industry.”

Immediately after the announcement, a spokesman of the European Parliament indicated, that there will be no change to the rule to take the state of California as a blue-print for emission regulation across Europe. Given that statement and further insights from the Brussels lobbying counterparts of the ASALD, both automotive and legal experts expect the EU to follow the United States in completely deregulating the transport sector with respect to emissions in due course. European Parliament and the Council are expected to immediately kick -off the reversion of the just implemented Regulation which had introduced CO2 emission performance standards for new passenger cars and for new vans for 2025 and 2030. Likewise, all implementation efforts for emission regulation, limiting previously-flagged “harmful emissions” like nitrogen oxides NOx and particulate matter will be dropped and emission standards currently in action, will be taken out-off action at no compensative regulation in effect. Experts further expect APAC and ultimately the rest of the world to follow the directive in due course.

Being asked about the implication for the automotive companies John Talker, CEO of Automotion Everywhere, indicated

“This is not to say we will now sell coal cars, but we are also not naive. We had always been committed to reducing emissions and moving our fleets to lower-emission models but you need to understand that it has been a massive burden. We will definitely set things back to a reasonable state from a business perspective. ”

Talker continues “What politicians constantly failed to take into account are all the other factors including market realities, customer preference, and infrastructure development.”, he continues, “When they forced us to introduce the 3 way catalyst back in the late 80ies, there was no unleaded fuel available all across Europe. The same has happened over the last years with the whole e-mobility hype. Until today.”

Finally, the industry that had been forced to invest massively into technology improvements in order to cope with ever increasing stringent legislative restrictions feels treated fairly against the other industry sectors. “We had to massively lower our margins over years, make massive investments in research and developments, were about to be forced to go through one of the biggest disruptions in our history ever. And all this, always only being responsible for only 15 % of global green-house gases “says Talker. “But not anymore!”

When reporters asked Talker if the deregulation is effectively killing any further innovation in the Automotive Sector, he stated

“Innovation? Innovation is just a vehicle

At the end of the day what matters is shareholder value gained by sales triggered by customer-anticipated satisfaction. Innovation is just a vehicle to serve that purpose. And if you are no longer forced to innovate in a field that anyways adds no additional value to the end customer, if you finally got rid of that continuous waste of money, shareholders will thank you the increase in margins with more trust.” Eagle adds “And for automotive end customers, so called “eco-friendly” is a trend that has been projected upon the customer base through decades of miseducation. Fuel economy only matters to a minor segment of our customer base. Even more so as future regulation will no longer penalize those that appreciate a well performing vehicle. And when it comes to the believe of so-called harmful emissions: customers of an automobile buy that vehicle to sit inside not at its tailpipe. After all innovation in so-called environmentally friendly mobility has never been a true selling point in its own.

What our customers want is experiences, not burdens.”

Technical experts expect the Automotive industry to react with a fast “re-rationalization” of powertrain complexity and related development and R&D investments.

“Once the trade-off between driving experience and economical enforcements is no longer there, I expect a massive restructuring of automotive OEMs’ and suppliers’ departments.”

“Within the new legislative framework, we also need to reconsider the incredible effort and related issues on powertrain technology: high pressure direct injection, downsizing, cylinder deactivation, variable compression ratio, exhaust gas recirculation, exhaust-gas aftertreatment, hybridization. Those are all very costly technologies with no serious additional value to the experience. Plus all the complexity that had been added over years to fulfill market specific regulations, we finally get rid of.” said the CTO of a major OEM being asked about potential effects of the deregulation. “This will free up massive potential in margin and shareholder value.” adds the CFO.

“And finally, those hippies will get what they have always been pushing for” adds Eagle and chuckles

“A world of zero emission limits”

On Monday, the first automotive OEM announced they would close their R&D and predevelopment department as

“all future plans are already on the table, like they had been ten years ago.”

The same day, the company announced to lay-off twelve thousand engineers as “their service is no longer relevant to a functioning business model”.

No rules, no game!

Admittedly legislation makes engineering way harder: But, hey, that’s exactly what makes our jobs so interesting (if not exist at all)! As passionate engineers we all seek the challenge and true challenge comes from tough trade-offs. Admittedly, the legislative limits may sometimes be irrational, the regulations may sometimes lead in the wrong directions, they may sometimes even be completely wrong, but most times they serve a reasonable society purpose. And even if not

without those rules we as engineers would be bored like a zoo monkey with no toys.

Those rules, that we all too often tend to blame for being annoying, unbalanced, misleading or stupid, are in fact our fuel to really drive engineering innovation.

Without rules, there’s no game to play!

Many have tried to argue legislative restrictions kill jobs, in fact they generate jobs like no other measure.

4 Myths about AI in CFD April 6, 2021 As Artificial Intelligence (AI) has become more ubiquitous in our everyday lives, so too has confusion about what it is…
Surfboard CFD - Riding the Digital Wave July 29, 2022 The flip-flop engineering symposium Monday, December 9, 2019, 7 pm. Sunset Beach Elementary School Cafeteria, Oahu's North Shore, Hawaii. Two…
Model-based design from ICEs to ICUs: Bridging the… November 10, 2021 The events of the past few years have turned global attention towards health and, more specifically, healthcare. From the images…
This article first appeared on the Siemens Digital Industries Software blog at https://blogs.sw.siemens.com/simcenter/simcenter-zero-emission-limits/