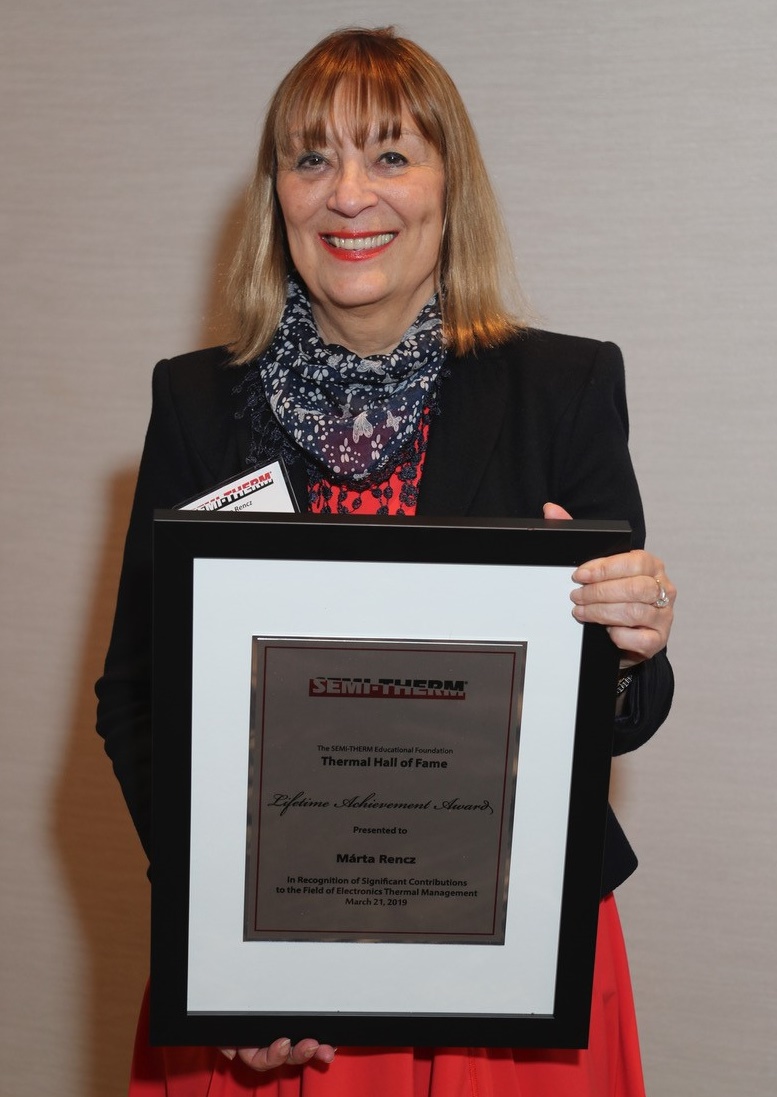 We are lucky to work with some very talented individuals at Siemens PLM Software but it’s not every day that you learn that you’ve been working with an industry legend.

So it is my great pleasure to announce that one of our colleagues, Dr. Márta Rencz, received the SEMI-THERM Educational Foundation Thermal Hall of Fame Award for 2019 on Thursday March 21st.  The Lifetime Achievement Award honors her significant contributions in the field of electronics thermal management.

Dr. Rencz is a research director with our Mentor, a Siemens Business, thermal characterization hardware group (previously known as MicReD).

Her illustrious career includes many achievements:

I should also add that Dr. Rencz is the first female recipient of this award. It is indeed an honor to be working with one of the industry’s major scientific minds and we look forward to seeing your future contributions to the industry.

4 Myths about AI in CFD April 6, 2021 As Artificial Intelligence (AI) has become more ubiquitous in our everyday lives, so too has confusion about what it is…
10 secrets to a stunningly fun CFD simulation November 20, 2020 What is the secret of those masterpieces of fun CFD simulations that inspire the masses?
10 insights from rocket CFD for a mind-blowing moonshot July 29, 2021 This is your guide to a successful moonshot project - with 10 insights that only rocket CFD (Computational Fluid Dynamics)…
This article first appeared on the Siemens Digital Industries Software blog at https://blogs.sw.siemens.com/simcenter/announcing-the-semi-therm-2019-educational-foundation-thermal-hall-of-fame-award-recipient/