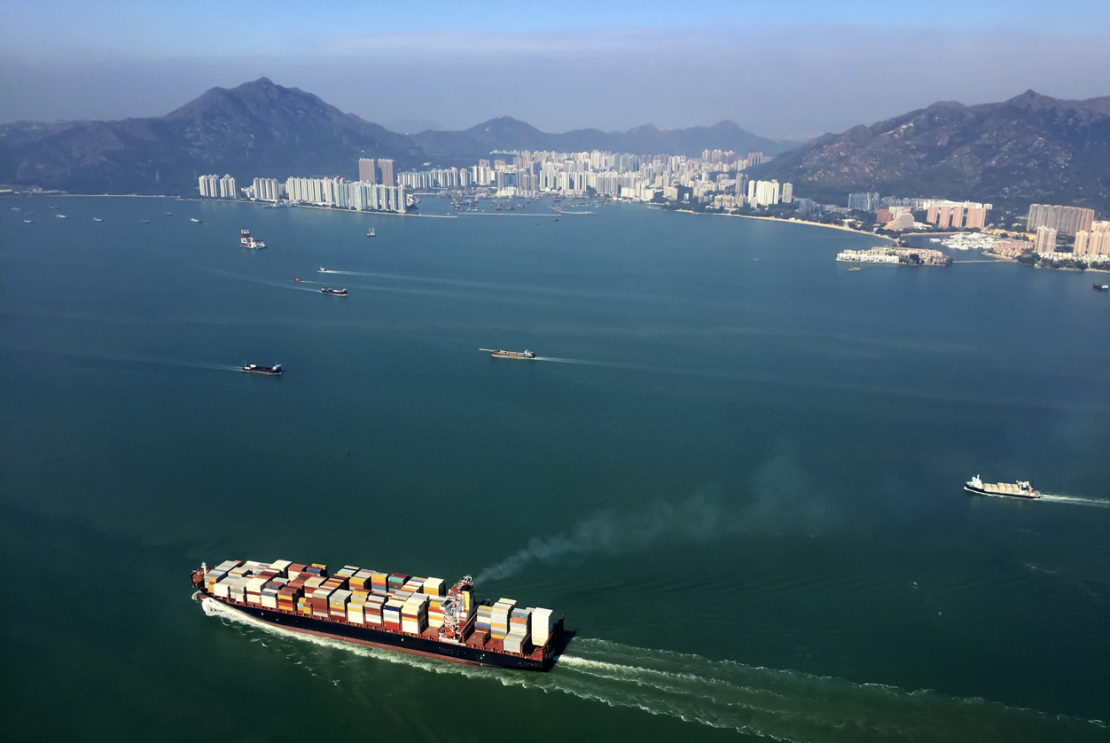 The past 25 years have seen unprecedented levels of innovation in the transportation industries. Driven by a combination of government regulation and aggressive consumer demand, aerospace and automotive companies have invested significantly in making air and ground travel more efficient and less polluting than ever. It hasn’t been an easy process, but the improvements are undeniable, in the period 1990 to 2013 the energy cost per mile of driving car decreased by 20%, while the energy cost of flying reduced by 7% (per available seat mile).

Why is it then, that during the same 25 year period, shipping became much LESS efficient, increasing both energy usage and pollution by around 10% as a consequence? The shocking conclusion of CE Delft’s comprehensive review of every cargo ship that has entered service since 1960 is that “the average design efficiency of new ships improved considerably in the 1980s, deteriorated after 1990”. Although the performance of new vessels has increased slightly since 2013, the average vessel entering service today is much less efficient than a ship from 30 years ago.

Why should we care?

While marine industry insiders will correctly claim that transportation by ship is the most fuel efficient and environmentally friendly way of moving cargo (in terms of cost per cargo mile), the real problem is the size of the marine transportation industry. Worldwide seaborne trade was almost 11 billion tonnes in 2015, a figure that is predicted to rise to almost 15 billion tonnes by 2030. In 2016 alone, the Marine industry used over 300 million tonnes of fuel, most of which was cheap and dirty “bunker fuel,” and contributed about 3% of Greenhouse Gas Emissions. How did this happen?

Economic factors are obviously the key influence, as the CE Delft study observes:

“Higher fuel prices make fuel-efficient ships more attractive because efficiency reduces the total cost of ownership. Because in general fuel-efficient hull designs are more expensive to build, the payback period of the additional capital expenditure is shorter when fuel prices are high.”

“When freight rates are high, new ships are in high demand and yards can build standard designs with a low risk of cost overruns and a high-profit margin. In these circumstances, it may not be rational for yards to build higher risk innovative designs. Conversely, when freight rates are low, shipyards compete for clients and may be willing to build more efficient ships.”

Two things strike me about these conclusions the first is that “fuel-efficient hull designs are more expensive to build” (by which I assume they mean “design”) and second is that “innovative designs carry a higher risk.”

Both of these things are a symptom of the cost of innovation in the marine industry, which remains almost entirely reliant on the same experimental testing (using towing tanks) and the same simple design methods that have been used to design ships for over 100 years. These are no longer fit to deliver the kind of design improvements achieved by the automotive and aerospace industries.

Most, if not all, of those efficiency improvements, have been delivered with the extensive aid of engineering simulation, which provides engineers with a reliable method of predicting the outcome of design changes on the real world performance of a potential product. Not only does this reduce the cost of innovation (by allowing naval architects to simulate the performance of many potential hull designs), but it also reduces the risk of innovation. Using simulation, naval architects can predict the performance of a vessel across a complete set of operating and maneuvering conditions that cannot be tested in a model ship basin.

What can we do to fix the problem?

CFD simulation is not only a replacement physical testing in a towing tank, but it’s a significant improvement upon it. Typically ships are designed by calculating the resistance of the vessel from a series of towing tank tests, which is then used to choose an appropriate engine and propulsion system for the vessel. Although a limited number of “self-propulsion” tests are carried out (with the propeller shaft rotated by an electric motor), it is impossible to model the actual performance of an engine inside a model scale test vessel.

As the CE Delft study notes, this mismatch between the vessel resistance and the engine performance is a key source of inefficiency:

“In periods with relatively poor design efficiencies, ships had more powerful engines relative to their size, design speed, and frictional resistance, while in periods in which relatively efficient ships entered the fleet, the engines had less power than the long-term average relation between power, speed, and size would predict.”

Fortunately, it doesn’t need to be this way, as innovators in the marine industry are starting to use “Digital Twins” of proposed innovative vessel designs, in which a system-simulation of the engine and propulsion system is combined with a CFD model of the boat at full scale. This approach allows ship owners and manufacturers to more accurately predict the performance of their vessel, reducing inefficiency and increasing innovation.

You can hear more about this approach in a live webinar presented by Norbert Bulten of Wartsila https://www.plm.automation.siemens.com/global/en/topic/improving-ship-fuel-efficiency-through-connec….

In his presentation, Norbert shows how using CFD combined with 1D system simulation gives greater insight into the performance of propulsion systems under a wide range of operating conditions. This approach is the first step toward a digital twin and has enabled Wartsila to understand and improve the system much earlier in the design process, resulting in fuel savings and better early-stage design decisions.