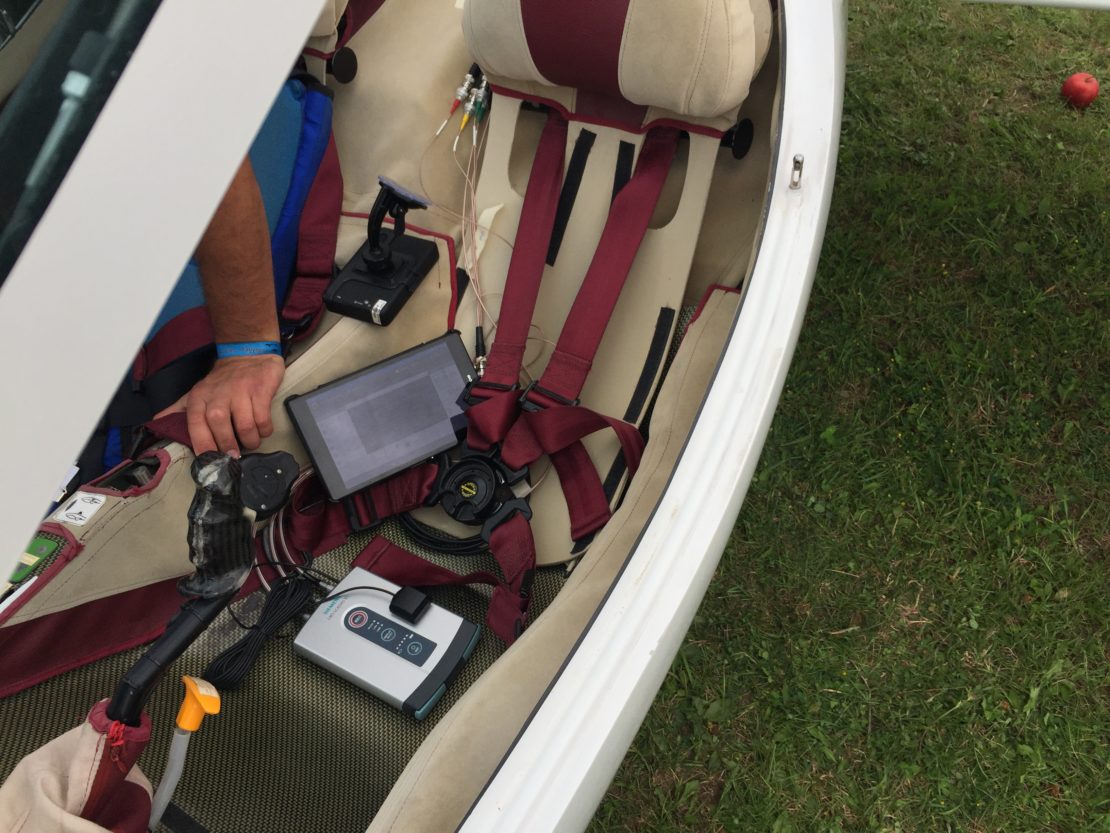 Gliders are tiny airplanes. How can you instrument them for flutter testing? Check out how the students of the Idaflieg Sommerschule perform glider flutter testing in their free time!

Why is flutter testing relevant for gliders?

Flutter is a phenomenon that can affect any structure subjected to aerodynamic forces. It is an oscillation caused by the interaction of aerodynamic forces, structural elasticity, and inertial effects. Not only the long and slim Perlan 2 glider can suffer from a flutter effect. The phenomenon can also affect any glider or aircraft in flight, with potential dramatic consequences. Therefore, flutter testing is an essential step in any aircraft certification process. Indeed, it ensures that the aircraft is safe to fly in the defined flight envelope.

I only flew once in a glider and, apart from the terrifying catapult launch, I really enjoyed the quiet flight over a landscape of lakes and forests. It’s easy to understand why so many pilots nurture a passion for this activity. Uniting their professional goals with their hobbies is a dream for many students.

The summer camp took place in August 2017 in the south of Germany. It gathered about 30 students united by the same passion. During 3 weeks, the students executed flight performance measurements and testing of over 15 airplanes, amongst which models of new gliders, Akaflieg prototypes, and serial models. Measurement projects run in cooperation with the Deutschen Zentrum für Luft- und Raumfahrt (National Aeronautics and Space Research Centre – DLR).

So, for their glider flutter testing, the student teams first instrumented the aircraft with the Simcenter SCADAS XS system for in-flight data acquisition. Why? Well, light and compact as it is, the Simcenter SCADAS XS is easy to fit in an airframe as slender as the one of a glider. The video below shows the glider instrumented for a flutter test.

In-flight, the pilot then acted to excite the natural frequencies of the airplane with the effect of creating a flutter phenomenon. The video shows the excitation inside the aircraft and the resulting effect. Quite impressive to watch!

Are you also impressed?

On the Idaflieg Sommerschule blog, you’ll find more information about the performed tests. At Siemens, we’re quite proud to have supported this initiative and worked with engaged students who will surely shape the future of aviation.

You can also learn more about flutter testing and analysis by reading the insightful article below.

How Simcenter system simulation is deployed in the… January 12, 2021 Learn from your peers how are the latest engineering developments taught in the academic world with a special focus on…

Virtual Sensors accuracy improved by Test and Simulation June 22, 2020 Learn how to use test and simulation software for model-based system testing (MBST) to optimize tests, have better models and…