American Ninja Warrior is an annual sports entertainment spin-off of the Japanese television series Sasuke. It features hundreds of serious athletic competitors that train all year to attempt to complete a series of physically taxing obstacle courses of increasing difficulty to make it to the 2016 national finals being held in Las Vegas. Not only in hopes of being crowned the “American Ninja Warrior” but also to win the 1 million dollar grand prize!

Each of the semi-final course’s 10 obstacles present competing athletes with unique physical challenges. In Indianapolis an all-new 9th obstacle called “The Circuit Board” took down most of the competitors that were fortunate enough to make it through the first 8. The Circuit Board obstacle puts both the athletes’ cerebral and physicality to the test. Competitors grip two movable pieces, one with a smaller ball, imagine it represents a via pad size, and the other has a larger ball, imagine it represent a through-hole pad. Athletes hang from these two movable ball hangers through a series of holes and cutouts that resemble board circuitry with corresponding ball size openings. 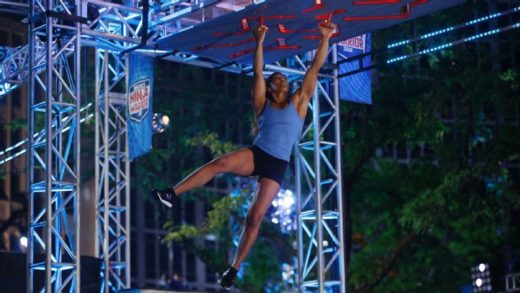 The hanging ball pieces must be taken in and out of the appropriate ball size openings in various configurations of circuitry cutouts. Strategy is key as the athletes grip, often hanging from only one hand, inserting, sliding and maneuvering the ball handles along the circuit board cutouts. Three different circuit boards make up this obstacle each with increasing difficulty.

The backstories are great for these competitors. From gym owners and professional stuntmen to parkour YouTube phenoms. There are other competitors that are students, farmers, engineers and salesmen. Some walk-on competitors camped-out for days for a chance to tryout.  I’ve worked with PCB designers and engineers throughout the years that were competitive biker’s, marathoners and triathletes – even a body builder.

Do you have an activity that you train for or compete in when you’re not engineering and designing electronic products? As for me I have fun playing in a roller hockey league.

What a PCB designer needs today for schematic definition July 18, 2022 What’s really needed in a PCB design tool for schematic definition?  When I started out as an engineer, it was…
Create symbols and footprints for electronic components… January 11, 2021 In one of my last blogs I talked about using PartQuest to build up your PADS Professional component library.  I…
ABCs of PCBs - O for ODB++ August 13, 2020 Welcome to ABCs of PCBs – a blog series to help new engineers learn about the world of Printed Circuit…

This article first appeared on the Siemens Digital Industries Software blog at https://blogs.sw.siemens.com/pads/2016/08/02/american-ninjas-take-on-the-circuit-board/