Have you ever placed or hidden an Easter egg on a PCB or in a chip design? For as long as I can recall, I’ve heard about what is most commonly referred to as “Easter eggs” in electronics design.

Don’t know what a PCB or chip design Easter egg is? Well, it’s typically either text, an object, a doodle, a recognizable character, or perhaps even the designer’s unique signature created with a nonfunctional etch and typically hidden within the design somewhere. These Easter eggs are often not intended to be found and I suppose some never are. Some even go unnoticed for years and others are leaked with a challenge to find.

I may have dropped a few initials on designs over the years, but nothing as creative or well-thought-out as these examples: 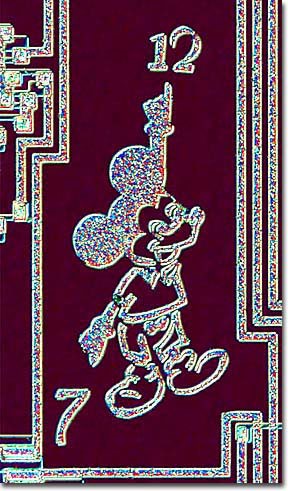 A rendition of a Mickey Mouse watch is shown on a Mostek 5017 alarm clock chip. 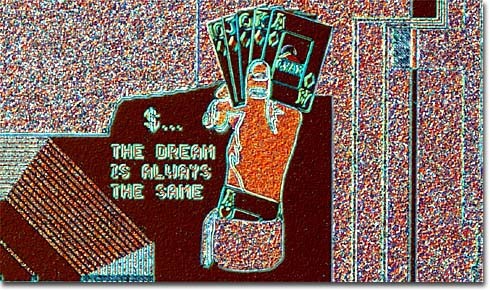 This is a winning poker hand on a Digital Equipment Company (DEC) CVAX microprocessor, the brains behind the DEC MicroVAX 3000 and 6200 series of mini-computers. Bob Supnik, an ex-chip designer for DEC, loaned us the chip and provided information about the silicon doodle. The slogan reads: “$… THE DREAM IS ALWAYS THE SAME,”  which represents the dream of the silicon team to produce the first digital microprocessor to boot VMS on first-pass silicon. The ace up the sleeve represents the Rigel, the next microprocessor in the series. 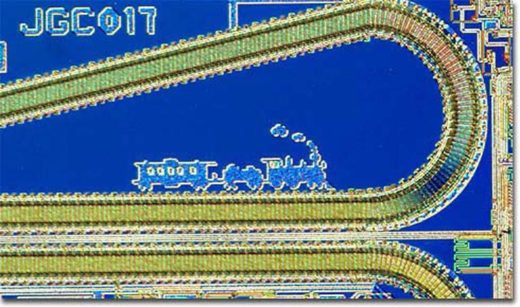 A tiny train rides tracks that are used in charge-coupled devices to convert electrical signals into digital information. 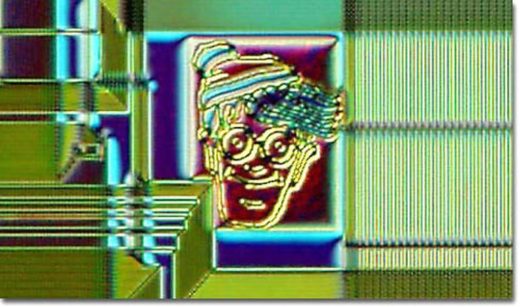 This image of Waldo from the “Where’s Waldo?” children’s book series was the first silicon artwork found by Silicon Zoo curator Michael Davidson. 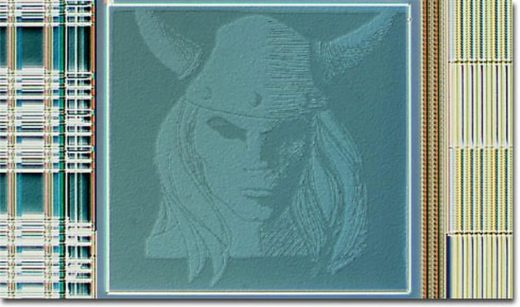 This image of Thor, god of thunder, appears in a Hewlett-Packard chip. It’s drawn with an unusual method — tiny dots appear where via wires extend downward through the chip to connect different layers. This is the largest chip image in the Silicon Zoo.

Have you discovered any Easter eggs out there on chips or boards? Or, hidden a few of your own? If so, tell us your story or, better yet, send us a picture.

ABCs of PCBs - O for ODB++ August 13, 2020 Welcome to ABCs of PCBs – a blog series to help new engineers learn about the world of Printed Circuit…
Create symbols and footprints for electronic components… January 11, 2021 In one of my last blogs I talked about using PartQuest to build up your PADS Professional component library.  I…
Accelerate Design With Integrated FPGA-PCB I/O Co-Design July 27, 2020 Did you know that a PCB design tool flow with FPGA I/O Optimizer technology eliminates the barriers between FPGA and…

One thought about “Easter eggs on your PCB or chips?”

This article first appeared on the Siemens Digital Industries Software blog at https://blogs.sw.siemens.com/pads/2016/03/23/easter-eggs-on-your-pcb-or-chips/