PCB design engineers have had the front row seat to the evolution of touch screen technologies. In this HMI (human machine interface) driven world inwhich we now live, touch screens continue to replace buttons and keyboards in nearly every industry. Today’s “Generation Z”, carry around smartphones and have likely never had to press keys to make a call or to text a message. Many of today’s laptops are equipped with touch screens and even detachable keyboards as consumers define their balance for computers as both a PC and a tablet.

Touch screens are showing up everywhere from the evening news and sport shows to your favorite game show and from restaurant menus to life sized directory listing in shopping malls. Here in the EDA world it only seems natural to wonder how or if this technology will find its place in designing PCB’s. 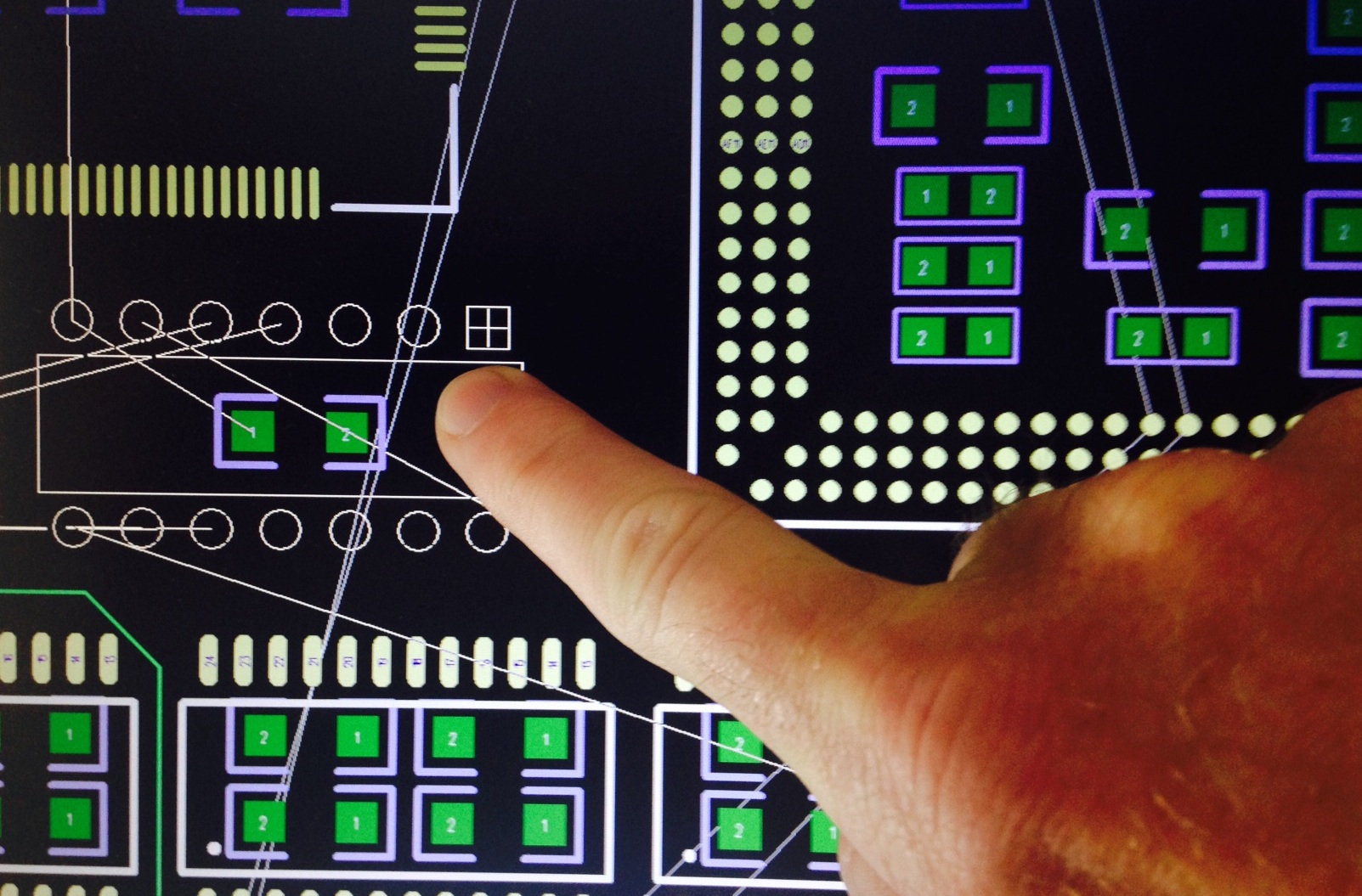 Imagine a large touch screen has replaced a conference room whiteboard and the design engineer meets with ECAD engineering and perhaps other team members to work collaboratively to explore component placement by touching and dragging components from the schematic over to the PCB outline with just a fingertip.  How about signal integrity or thermal engineers helping to sketch out an optimal routing strategy? Imagine design reviews where NPI engineers and design team members identify areas of concern like DFM and DFA and capturing any mark-ups and comments in real-time. Could you envision product reviews with all product team members where the PCB design is mated in a multi-board system, sub-assembly or mechanical housing in full 3D?

But what about all those Fingerprints?: If you’ve ever said (or wanted to say) “Don’t touch my screen!” you are not alone. Fingerprints are messy but technology has already been working on that too. In a recent television commercial, Intel®, is giving a glimpse into their new RealSense™ technology that includes technology that eliminates the need for the user (or others) to physically touch the screen. This means you no longer have to touch the touch screen to work, you just need to be close enough. Problem solved?

What do you think about using touch screens for PCB design?

Thanks for reading,  – John

Create symbols and footprints for electronic components… January 11, 2021 In one of my last blogs I talked about using PartQuest to build up your PADS Professional component library.  I…
What a PCB designer needs today for schematic definition July 18, 2022 What’s really needed in a PCB design tool for schematic definition?  When I started out as an engineer, it was…
ABCs of PCBs - O for ODB++ August 13, 2020 Welcome to ABCs of PCBs – a blog series to help new engineers learn about the world of Printed Circuit…

This article first appeared on the Siemens Digital Industries Software blog at https://blogs.sw.siemens.com/pads/2014/12/09/touch-screen-use-in-pcb-design/