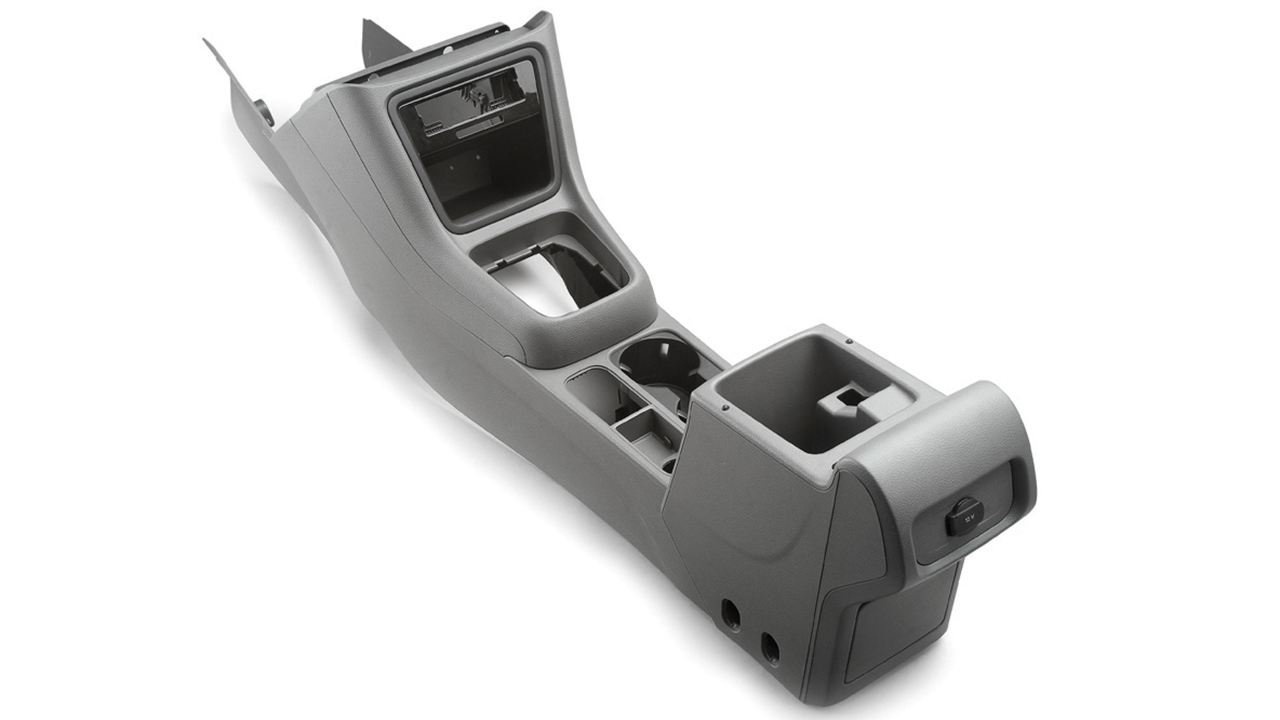 NX was the most suitable software because it easily imported the mold files and designers were able to work with them in a better and easier way.

JR Moldes specializes in the design, management, manufacturing and optimization of plastic injection and die casting molds. The company has an annual production capacity of up to 160 molds, from small-scale up to 20 tons. JR Moldes employs more than 40 people and has annual revenues of around five million euros. The company operates mainly in the automotive, medical and electrical product sectors.

Germany has always been the company’s main market, and a key customer is the Volkswagen Group. But through the years, JR Moldes has expanded its work and experience across Europe, Mexico, Brazil, the United States and in many countries around the world. The company now has offices in Hong Kong and South Africa, and partnerships in countries including Mexico, Brazil, Iran, Algeria and Germany.

Quality and timely delivery are the priorities of JR Moldes’ most demanding customers. Requirements for accuracy accompany each stage of production to enable better quality in the final product. For that reason, JR Moldes pursues leading technology and the most specialized technical workers to deliver excellence to its customers.

After conducting a survey among its main customers regarding the software they used and which system they considered the best, JR Moldes decided to license NX™ software from product lifecycle management (PLM) specialist Siemens Digital Industries Software. NX is a high-performance product development solution with a full range of computer-aided design (CAD) capabilities, including advanced assembly design, freeform modeling, surface analysis and design optimization.

“This demanding industry, where lead time and precision are fundamentals, requires powerful tools,” explains Artur Simões, from JR Moldes’ finance department. “Working with several customers and partners that use different solutions means you must integrate different data formats in one single 3D CAD system. Powerful hybrid tools, synchronous technology, stability and advanced mold design gave us the time to do better engineering, respond faster to the clients’ changes and replicate the results with our partners without problems.”

“With their previous design system, JR Moldes had problems in modifying and designing parts, which caused delays in some projects,” explains David Vieira, from Cadflow, the Siemens Digital Industries Software technology partner that managed the implementation of NX. “Designers spent too much time working through the complicated procedures and commands,” says Simões. “Thanks to Siemens Digital Industries Software technology, JR Moldes cut the time spent in the design phase by 30 percent.”

Time optimization was crucial to choosing the Siemens Digital Industries Software solution. According to Vieira, sometimes the company had to repeat tasks because it was hard to find previous designs, and there were delays completing tasks: “NX was the most suitable software because it easily imported the mold files, and designers were able to work with them in a better and easier way.”

In the process of evaluating the needs and requirements of JR Moldes, Cadflow discovered that communication and data exchange had notable shortcomings. Viera explains, “Workers failed to talk to each other, and when designs were ready they could not communicate efficiently with other suppliers’ software.”

The company had difficulties making design changes. If a modification was made, others with a need to know failed to be notified, therefore continued working with outdated designs, which caused delays and mistakes. Now, JR Moldes can be sure that the designs are up-to-date. The use of NX has promoted an efficient collaborative environment among the technical, sales and quality departments.

Using NX has also been useful in the company’s efforts to expand and collaborate internationally. “We now have new headquarters in Africa and, with NX, it is going to be easier and quicker to export the first phase of the project,” says Simões.

In an effort to maintain sound relationships with customers, JR Moldes seeks to be proactive in exceeding clients’ expectations. “The reputations of Siemens Digital Industries Software and NX are much better than that of the company and software we used before,” says Simões. “NX is used more widely among customers, because most of them have the same program.”

Simões notes that having powerful and up-to-date design software helps secure future business opportunities. JR Moldes relies on NX not only to improve its design process, but also to generate new business opportunities and to engage with customers. “Our clients recognize NX, they work with the same software, and they feel more comfortable if we work with the same system,” Simões explains.

The use of NX is particulary effective at JR Moldes in managing large-scale projects involving a large number of tools. Now, the company feels more confident that it can deliver a final product without imperfections. “With NX, it has been possible to take advantage of the most powerful tools; for example, its surface design tools. With new and improved tools, we have significantly reduced errors as compared to the previous software, and our clients are more engaged,” Simões says.

“Another reason for choosing NX was our company’s growth; our customers trust the solution,” says Simões. “High-level products require high-performance tools, and Siemens Digital Industries Software offered both technology and support via Cadflow, which was instrumental in supporting the change.”

Three months after implementation, which only took 15 days, JR Moldes began to see results. “This was not the first time we bought complex technology from Cadflow, and their recommendations were very valuable,” explains Simões.

JR Moldes required fast training to begin using NX for new designs. Cadflow offered a free training program for the employees. The training was easy, and it took only a week and a half to train the team.

“Changing the CAD system is complex and the management of ongoing projects was not an easy task, as there were deadlines to be met,” says Simões. “However, with Cadflow’s help, designers achieved a high level of competence in a short time. In three months, we were able to see clear reductions in design time. In addition to the new tools, the stability of NX is impressive, as it can handle complex tasks and changes without mistakes and losses of time.”

Configuring NX for Automatic Updates over LAN March 10, 2021 Welcome to this step by step guide by our NX expert Pat Mcmanus of Product Engineering Software here at Siemens.
Community Spotlight: Candra Diningrat and the Bugatti Chiron… March 8, 2021 Meet Candra Diningrat. NX expert with a full design workflow of a Bugatti Chiron Pur Sport. This plus much much…
NEW: June NX Release Details June 21, 2021 Get in here to see what's new to the next generation of design!

This article first appeared on the Siemens Digital Industries Software blog at https://blogs.sw.siemens.com/nx-design/jr-moldes-streamlines-design-and-engages-customers-with-nx/