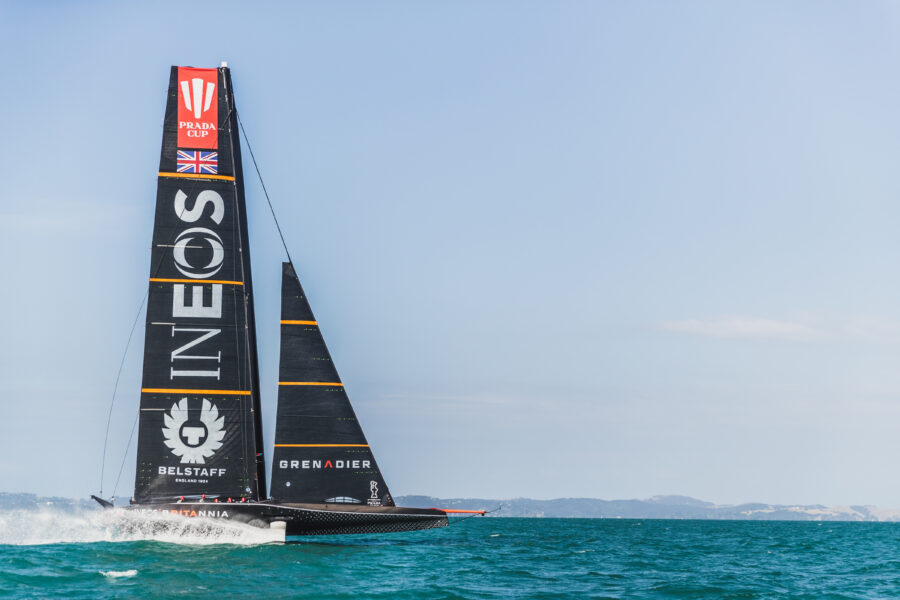 05/02/2021 - Auckland, NZ INEOS TEAM UK training and testing ahead of the PRADA Cup final.

We’re back at it for season 2 of The Next Generation Design podcast. In this episode we speak with Dr. Max Starr from INEOS TEAM UK, a CFD engineering working on their America’s Cup boat.

So what is the America’s Cup exactly? The America’s Cup itself actually originated in 1851. The first race took place as a race around the Isle of Wight, the Americans challenged the Brits. This was the year of the Great Exhibition in London. So, the Americans basically said, “We make the fastest boats in the world” and the British said something along the lines of “No, you don’t. Prove it.” It’s a very interesting challenge because of the way that the legal document has been framed from the first challenge effectively. The country that won the Cup the last time around gets to define a lot of the features of the next challenge.

With this type of change the ability to be flexible with design and collaborate effectively is very important.

“Our computational models got very complex, pretty quickly, and that neural network that helped us to sort of understand how the boat will react to different conditions also got pretty complicated once you started taking things like the take-off of the boat from the water because they, obviously, they all start off in what we call ‘displacement mode’, which is when the boat is sitting on the water and moving through the water. And then you wanted to try and take off onto the wings as quickly as possible because when it’s up on the wings, on the hydrofoils, that’s the lowest drag through the water and so, that’s how you get the most speed. So, when the boat is in the water, you struggle to get to really high speeds just because you’ve got so much drag on the hull effectively. Once the boat’s out of the water, the boat itself can go three, four times the wind speed of the wind that it’s going through because you’ve drastically reduced the amount of drag that the hull is going through and you still have a lot of drive going through the sails. And so, you almost need a completely new computational model set for when the boat is now flying rather than when the boat is in the water because the responses and the dynamics of the boat are completely different. So then your digital twin has just had a whole other new model of complexity added to it.”

One thing that no team knew they would have to deal with on top of trying to create a completely new boat from scratch for this year’s America’s Cup is the global pandemic. While how it is being dealt with from country to country it has certainly impacted all of the teams in ways that weren’t expected.

How did the INEOS team deal with this new wrinkle in their plans… quite easily actually.

“When the pandemic hit, from a day to day work point of view, we were actually already set up pretty well – everybody was already set up to work remotely, we already knew how to interact with each other using online tools. So, it just meant that rather than meeting at regular intervals, now we’re just doing everything online.”

Listen to this episode of the Next Generation Design podcast to hear more from Max Starr about the design of the INEOS TEAM UK America’s Cup boat, the challenges they faced, the design techniques they used, and how they felt going into the final stages of preparation.

NOTE: this episode was recorded in October 2020, America’s Cup racing is happening now!