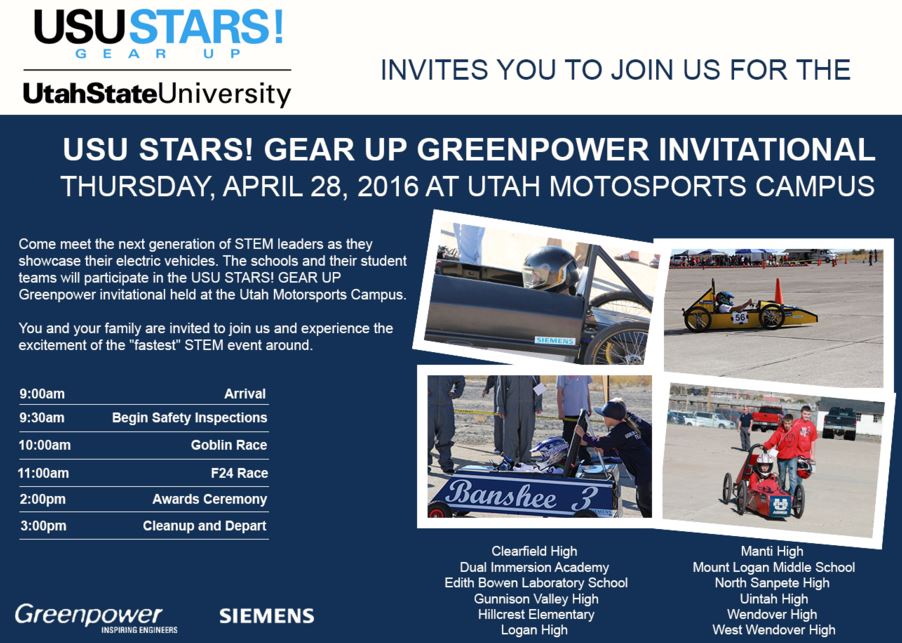 The checkered flag is waving at Greenpower race events across the U.S. as students compete to cross the finish line in this STEM focused design-build-race electric car challenge. James Clemons High School in the city of Madison, AL just held its first race on April 2nd. The city’s two high schools and two middle schools have built Greenpower F24 kit race cars, and were joined on Saturday’s race by five additional area teams. ﻿Student teams across the district have been working diligently to build and test their cars. As explained by James Clemens High School engineering teacher and Greenpower team sponsor, Greg Ennis, “The F24 kit car modeled in Solid Edge has been a valuable resource for our Greenpower team.The students have examined these parts in Solid Edge, helping them better understand the kit car and look for ways to improve its performance.”

On Monday, April 4th nine Greenpower cars raced in Birmingham, AL at the Barber Motorsports Park. This was to first time Greenpower was represented at this 740 acre multi-purpose race track.

Later in the month over 20 elementary, middle and high school Greenpower teams will compete in the second Whitesburg P-8 Invitational race hosted by Huntsville City Schools.

Finishing the month of April is the second USU GearUp Greenpower Invitational at Utah Motorsport Campus. The Siemens sponsored Greenpower Challenge, which started in the U.K. in 1999, now reaches over 10,000 students in England and has expanded to five countries round the world. Check out the latest race information, videos, and teachers resources at GreenpowerUSA, Greenpower Education Trust and Greenpower Poland as this program continues to grow around the world.

This article first appeared on the Siemens Digital Industries Software blog at https://blogs.sw.siemens.com/academic/greenpower-momentum-builds-as-student-built-electric-cars-take-to-the-track/